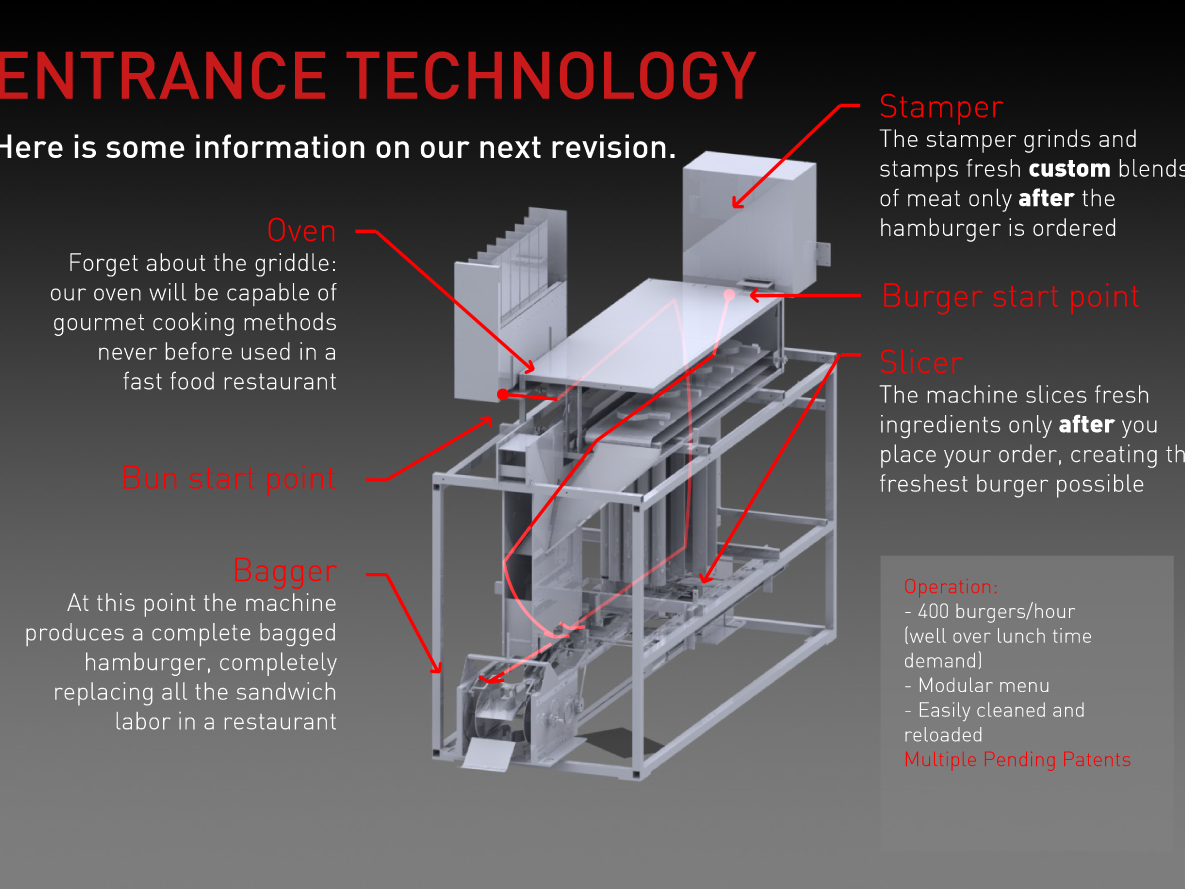 What happens when you protest for a wage that your skills (rather the lack thereof), and demand it before you’ll work for the wage you agreed to earn ? People who have done that are about to find that no one is entitled to more than minimum wage when they have no skills, and stupidity doesn’t pay at all.

The Momentum burger-bot isn’t remotely humanoid. You can forget visions ofFuturama’s Bender. It’s more of a burger assembly line. Ingredients are stored in automated containers along the line. Instead of pre-prepared veggies, cheese, and ground beef—the bot chars, slices, dices, and assembles it all fresh.

Why would talented engineers schooled at Berkeley, Stanford, UCSB, and USC with experience at Tesla and NASA bother with burger-bots? Robots are increasingly capable of jobs once thought the sole domain of humans—and that’s a huge opportunity.


Burger robots may improve consistency and sanitation, and they can knock out a rush like nobody’s business. Momentum’s robot can make a burger in 10 seconds (360/hr). Fast yes, but also superior quality. Because the restaurant is free to spend its savings on better ingredients, it can make gourmet burgers at fast food prices.

Or at least, that’s the idea.

By replacing human cooks, the machine reduces liability, management duties, and, at just 24 square feet, the overall food preparation footprint. Resources once dedicated to preparation can instead fund better service.

Of course, businesses are free to spend their savings however they like.

For some, that may mean more quality ingredients or services. For others, it might be competing with other restaurants by maintaining the same level of service and ingredients but offering even lower food prices.

But Momentum Machines’ burger-bot isn’t provocative for its anticipated effects on fast food quality. The bot, and other robots like it, may soon replace low-skilled workers in droves. If one machine developed in a garage in San Francisco can do away with an entire kitchen of fast food staff—what other jobs are about to disappear?

Earlier this year, McDonalds employees protested outside the fast food chain’s corporate headquarters in Chicago, demanding higher wages. A robotic kitchen might bring improved pay for the front of the house, and a pay cut to zero for the back. Some fraction of the 3.6 million US fast food jobs might be automated by such technology.

While the burger-bot hasn’t taken anyone’s job yet, Momentum Machines is clearly sensitive to the worry. The firm says they want to help support those who may lose work as a direct effect of restaurants adopting the robot.

“We want to help the people who may transition to a new job as a result of our technology the best way we know how: education.”

As new technology destroys one kind of job, it creates opportunities for others. We’ll need fewer line cooks, they say, but more engineers and technicians. The problem isn’t that jobs are lost on net, it’s the resulting skills gap. Transitioning into new work can be difficult to navigate, especially for low-wage workers.

Momentum Machines wants to help ease the move by partnering with vocational schools to offer discounted technical training for anyone displaced by their robot. Their goal is indicative of the overall tenor of an increasingly heated debate about how AI and robot employment may reduce human employment in the near future.

In a recent Pew Survey, some 1,900 technology experts agreed that robots will be a pervasive part of daily life by 2025. Automation will infiltrate industries like health care, transport and logistics, customer service, and home maintenance.


Previous 5 apps to get you through a natural disaster