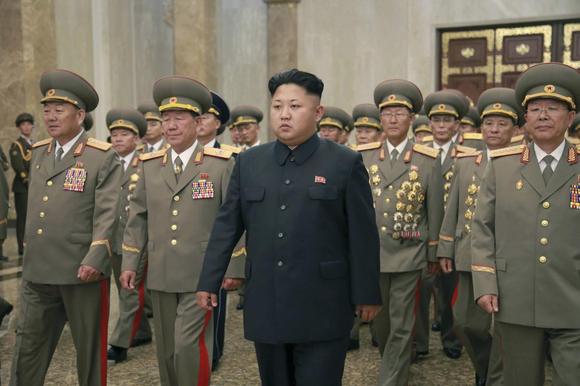 The rockets were fired from multiple launchers in the North Korean port city of Wonsan and traveled 220 km (135 miles) before landing in waters east of the Korean peninsula, a defense ministry official said.

The last rocket was fired 35 minutes before Pope Francis was due to arrive at an air base in Seoul, where the pontiff started a five-day visit to South Korea.


The launches came ahead of U.S.-South Korean military exercises scheduled to start on Monday. Seoul and Washington say the exercises are defensive in nature but North Korea regularly protests against the drills, which it sees as a rehearsal for war.

North Korea last fired short-range rockets in late July but has since said repeatedly that the launches are specifically designed as counter measures against those drills.

“Given that the U.S. and the puppet forces of South Korea continue staging nuclear war exercises against us in particular, we will take countermeasures for self-defense which will include missile launches, nuclear tests and all other programs,” a statement carried by North Korean state media last Friday said.

Pyongyang is under heavy U.N. and U.S. sanctions related to its nuclear and ballistic missile programs. Short-range rockets do not defy the ban but Pyongyang has in recent months changed its propaganda style to include photographs of leader Kim Jong Un personally supervising the launches.

A spokeswoman for the U.S. State Department said the United States was assessing whether the rocket firings were in violation of sanctions.

Marie Harf said Washington had yet to determine what type of missiles had been fired, but said North Korea failed to follow international procedures by giving prior notification to ships and aircraft.

“We continue to call upon North Korea to refrain from taking such provocative actions,” she told a regular news briefing.

(Reporting by Kahyun Yang and James Pearson in Seoul; Additional reporting by David Brunnstrom in Washington; Editing by Paul Tait and Tom Brown)