This letter was just delivered in person by a local police officer who wishes to remain anonymous. The letter has been sent to Captain Ronald S Johnson and we feel it is important that you read this.

I have to call you out.

Unfortunately, you blew it. After days of rioting and looting, last Thursday you were given command of all law enforcement operations in Ferguson by Governor Jay Nixon. St. Louis County PD was out, you were in. You played to the cameras, walked with the protestors and promised a kinder, gentler response. You were a media darling. And Thursday night things were better, much better.

But Friday, under significant pressure to do so, the Ferguson Police released the name of the officer involved in the shooting of Michael Brown. At the same time the Ferguson Police Chief released a video showing Brown committing a strong-arm robbery just 10 minutes before he was confronted by Officer Darren Wilson.

Captain Johnson, your words during the day on Friday helped to fuel the anger that was still churning just below the surface. St. Louis County Police were told to remain uninvolved and that night the rioting and looting began again. For much too long it went on mostly unchecked. Retired St. Louis County Police Chief Tim Fitch tweeted that your “hug-a-looter” policy had failed. 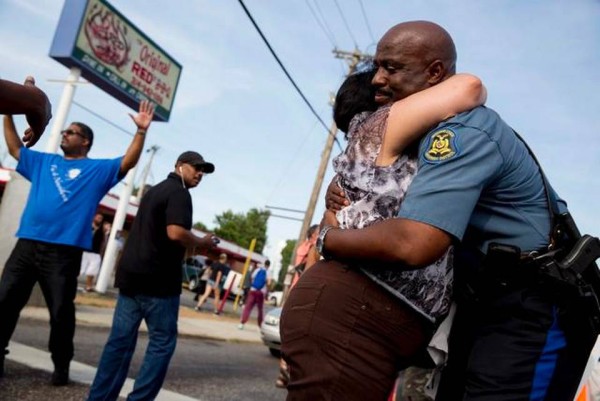 And your words contributed to what happened Friday night and on into the wee hours of Saturday. According to the St. Louis Post Dispatch, you said the following regarding the release of the video: “There was no need to release it,” Johnson said calling the reported theft and the killing entirely different events.