“Ladies and gentlemen, please give us your undivided attention as we rub Al Sharpton’s nose in his own doo?” 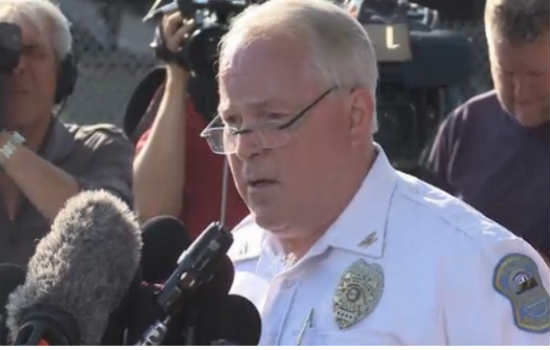 Excerpted from an article by Tim Brown, DC Clothesline

While the bigger story in Ferguson to me has been the militarization of the police and theprovocateurs in the community, the start of everything that has gone on was the shooting of 18-year-old Michael Brown by Officer Darren Wilson. As I have told many people, that issue is an issue for the justice system, not the court of public opinion. However, as more witnesses have come forward and as other witnesses have revised their stories, it appears that indeed Brown was the aggressor and now many in the media are packing up their cameras and heading out of Ferguson.

Many news media services already had begun packing tents and television transmission vehicles as word circulated through the Ferguson community of further evidence that the black teen shot and killed by a police officer was the aggressor, resisting arrest after his suspected role in a convenience store robbery.

During daylight hours Wednesday and Thursday, the streets of Ferguson were open to normal traffic and businesses throughout the city were active, with protesters in the streets numbering fewer than 50 at any given time.

Next Is ISIS already living at 1600 Pennsylvania Avenue? Good question!