Welcome to Obama’s America, where black on white crime isn’t considered to be a ‘racially motivated’.

The police chief of West Point, in northern Mississippi, said one man was arrested Monday and more arrests are expected in a weekend assault that hospitalized a 32-year-old former Marine. 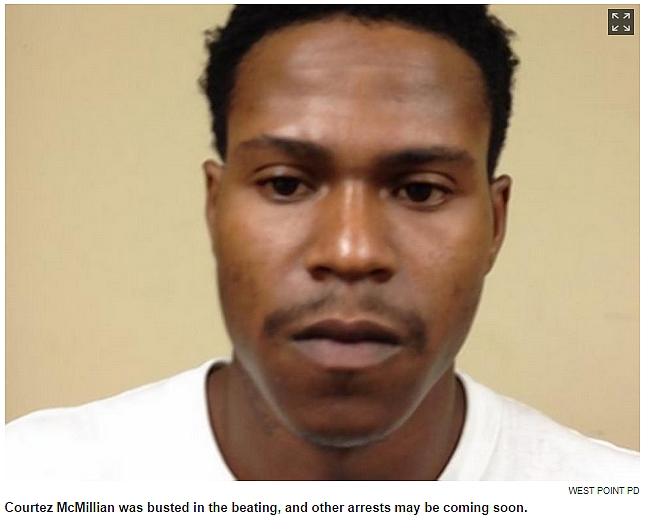 Investigators are reviewing video footage from Saturday and have compiled a list of other possible suspects from a nearby county, Brinkley said.


Friends and relatives tell WCBI-TV that Weems and a friend, David Knighten, were at Waffle House, and got into an argument with as many as seven men. It involved some racial slurs.

But West Point police reiterated that they’re investigating the incident as an assault and not a hate crime.