FERGUSON, MO (KTVI)-After a week of relative quiet, the streets of Ferguson are full of demonstrators again Saturday morning for the “National March on Ferguson”. The “Justice For Michael Brown Leadership Coalition” is organizing the event. #ferguson Tweets Map of social feeds HERE: https://threepercenternation.com/2014/08/ferguson-protests-live-social-activity-map/

For a map of the incidents since the shooting Click HERE: Ferguson MAP 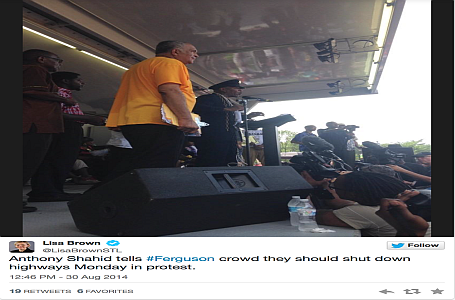 
Previous The 13 pictures showing ISIS' thoughts on the West

Next UPDATE: Barrack Obama is still an idiot! Blames the rise of ISIS on US military intervention, post-9/11. In other words, Bush did it!