Hundreds of US fast food workers from MacDonald’s, Burger King, Wendy’s and KFC are planning a big protest on Thursday in an effort to boost the minimum wage to $15 per hour. The rally will include acts of civil disobedience.

The rally was announced by Fight For 15, a union of fast food and retail workers, which is seeking a $15/hour living wage.

“It’s official: We’re going ON STRIKE again on Sept 4!” wrote Fight For 15 in Chicago on Twitter.

The hashtag #FightFor15 has already gone viral on Twitter with many internet users pledging support for the protest. 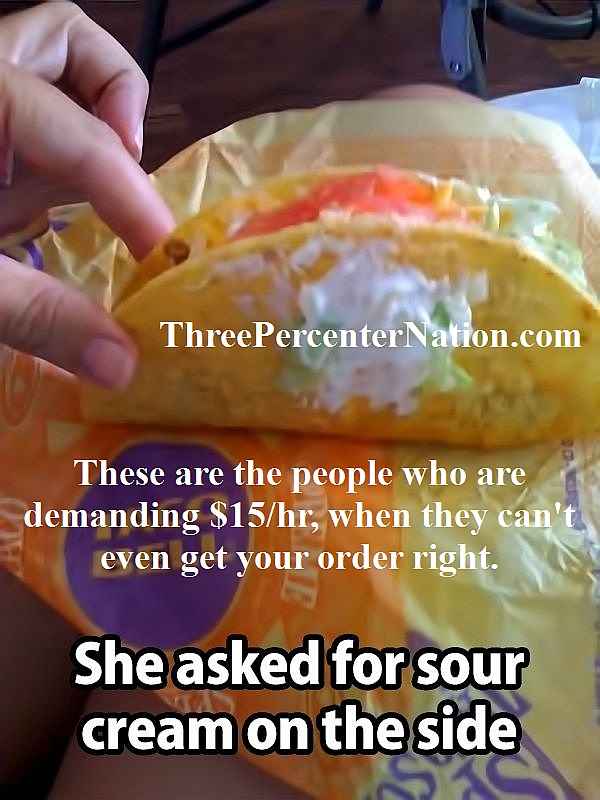 It’s a common occurrence when your order is wrong, after having the person repeat it back to you at the drive through window. They have minimal skills and minimal education, with most not having more than a high school education and demanding they be paid $15/hr.

If you want a sustainable or ‘fair’ wage, then obtain a skill-set that’s worth more than $7/hr.


Previous Land of the free! Uh-huh.