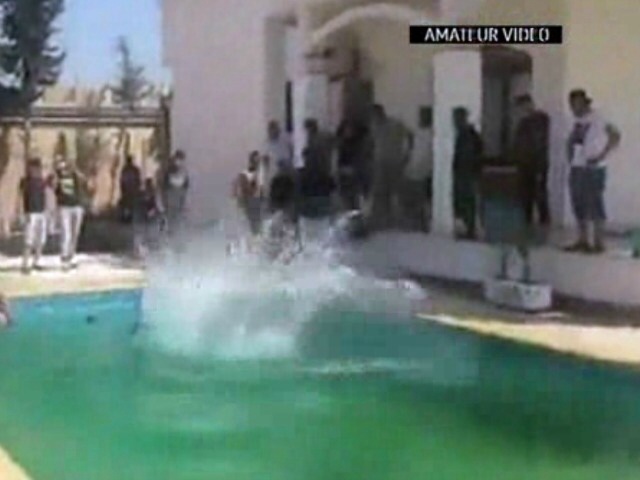 On August 31 a Libyan militia seized the US Embassy in Tripoli, with individual fighters videotaping each other “cheering” and “diving from… [an embassy] balcony into a swimming pool.”

According to BBC News, these “militias have been fighting for power among themselves since… Col. Muammar Gaddafi was overthrown” by militias with the backing of U.S. air power in 2011. Al Jazeera reports that U.S. Embassy “staff had been evacuated to neighboring Tunisia in July” because of the “inter-militia violence,” but Secretary of State John Kerry stressed that “the embassy was not closed.”

Next Gone from CNN, Piers Morgan says he wants his show to be remembered for Alex Jones gun debate