The federal government has reportedly lost track of more than 6,000 foreigners on student visas, some of whom may be in the country “to do us harm.”

According to an ABC News investigation, “58,000 students overstayed their visas in the past year. Of those, 6,000 were referred to agents for follow-up because they were determined to be of heightened concern.” ABC found that “the number of foreign nationals obtaining visas to study in the U.S. has grown from 662,966 in 2003 to more than 1.2 million in 2012.”
Peter Edge, “the U.S. Immigration and Customs Enforcement official who oversees investigations into visa violators,” told ABC News that some of the foreign nationals “could be here to do us harm” and his “greatest concern is that they could be doing anything.” 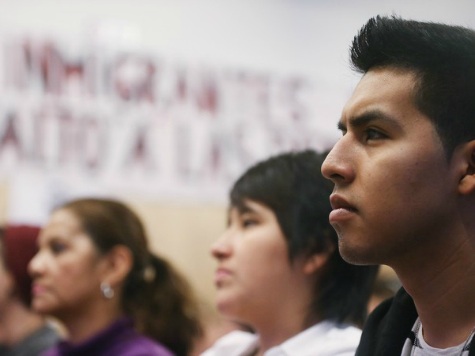 Sen. Tom Coburn (R-OK) told ABC News that foreigners with student visas just “get the visas and they disappear.” He “said since the Sept. 11, 2001 terror attacks, 26 student visa holders have been arrested in the U.S. on terror-related charges.” Some of the terrorists involved in the 9/11 attacks and the 1993 World Trade Center attack had overstayed their student visas, but immigration officials continue to “grant schools certification to accept overseas applicants even if the schools lack accreditation, state certification, or any obvious measure of academic rigor.”


Previous [WATCH]Palestinian: "All respect to Hitler"