The phrase was a motto of the Texas revolution, and has become a favorite of anti-gun control activists. It’s said that when the Persian emperor Xerxes demanded King Leonidas and his Spartan army of 300 men lay down their arms and surrender at the battle of Thermopylae, Leonidas replied “Molon Labe,” which is Greek for “Come and take [them].”

Reactions to the photo were fairly positive.

“No fucking way he got molon labe!?!” YES. THERE’S HOPE,” said one commenter. 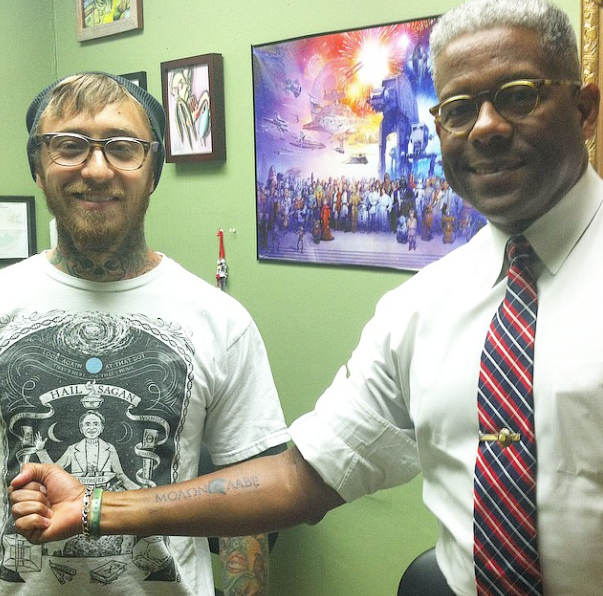 
The local paper pointed out this video, where West compares the fight to defund Obamacare to that battle, and calls for a modern day Leonidas to rise up in the Republican party.