Anyone doubting the scale of Detroit’s bankruptcy woes may be surprised to discover the city’s firefighters have set up intricate, makeshift contraptions involving empty cans just to ensure emergency alerts are delivered properly.

Most fire departments in the United States operate using modern systems that announce emergency developments through a series of bells. In Detroit, however, none of the city’s 38 firehouses have such a system, and the lack of available cash has forced firefighters to come up with new ways to make sure they get alerts.

In some cases, firefighters place an empty soda can next to their fax machine so that when an incoming fax is received, it tips the can over and falls on the floor, the Detroit Free Press reports. Other cases see them rigging a pipe near a printer and having it whistle. In probably the most depressing set-up, there is what the newspaper termed the “chain-reaction gadget:”

These revelations surfaced on Friday, when Detroit recovery consultant Charles Moore testified at the ongoing bankruptcy hearings. Moore relayed the empty-can anecdote in order to stress that when the city is ready to spend $1.4 billion on upgrading services following bankruptcy, outfitting the fire department with new technology is paramount.

The news also comes as two different campaigns are looking to raise money for the beleaguered department. Detroit’s Ladder 22 is in the midst of selling t-shirts online to raise funds, and has currently sold more than double its original projection. 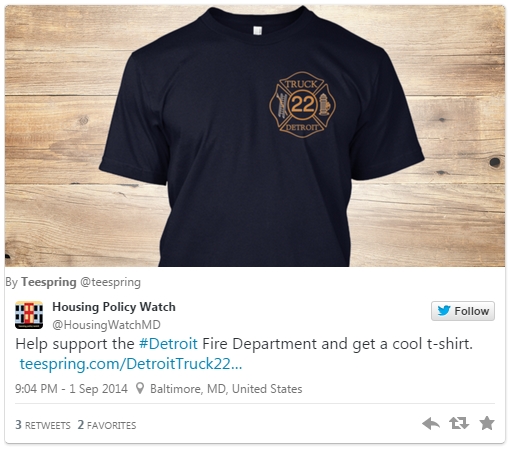 Next SHERIFF: 'We don't want militias down here patrolling the border'