The recent increase in security at a key Army base near a Mexican border city where Islamic terrorists are confirmed to be operating and planning an attack on the United States indicates that the facility is a target, according to senior military experts contacted by Judicial Watch. 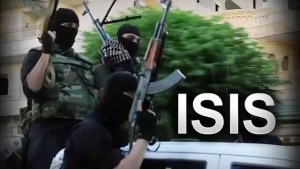 Last week JW reported that the militant group Islamic State of Iraq and Greater Syria (ISIS) is working in the Mexican border city of Ciudad Juarez and planning to attack the United States with car bombs or other vehicle borne improvised explosive devices (VBIED). High-level federal law enforcement, intelligence and other sources confirmed to JW that a warning bulletin for an imminent terrorist attack on the border has been issued. Agents across a number of Homeland Security, Justice and Defense agencies have all been placed on alert and instructed to aggressively work all possible leads and sources concerning this imminent terrorist threat.

Juarez is a famously crime-infested narcotics hotbed situated across from El Paso, Texas. Ft. Bliss is the Army’s second-largest installation, spanning more than 1 million acres with an active duty force of 34,411 and headquartered in El Paso. Two days after JW broke the story on ISIS operating in Juarez, Ft. Bliss announced it was increasing security measures. A statement that went out to the media was rather vague, attributing the move to several recent security assessments and the constant concern for the safety of military members, families, employees and civilians.

But senior military officials contacted by JW this week reveal that military installations in the U.S. only make changes to security measures when there are clear and present threats. “It’s a significant issue when this is done,” says retired Army Lt. Gen. Jerry Boykin, former commander of the Army’s elite Delta Force who also served four years as Deputy Undersecretary of Defense for Intelligence. “That means they’re getting a threat stream. Ft. Bliss had to have a clear and present threat.”

The inaccuracies to the public appear to be part of a broader effort by the Obama administration to downplay the bloodshed that has long plagued the southern border and now the imminent threat of Islamic jihadists planning a strike as the 13th anniversary of the worst terrorist attack on U.S. soil approaches. Remember that Obama’s first Homeland Security Secretary, Janet Napolitano, famously proclaimed that the border is as secure as it’s ever been even as organized syndicates took over portions of the region, smuggling drugs, humans, weapons and money into the U.S.

Back in 2010 a veteran federal agent disclosed that the government was covering up the growing threat by Middle Eastern terrorists entering the country through Mexico. The U.S. Border Patrol classifies them as OTM (Other Than Mexican) and many come from terrorist nations like Yemen, Iran, Sudan, Somalia and Afghanistan. The feds call them SIAs (Special Interest Aliens) and the government doesn’t want Americans to know about them or that ISIS is operating adjacent to a major American city. “ISIS is working with the drug cartels,” confirms retired U.S. Army Maj. Gen. Paul E. Vallely, who’s regularly briefed by high-level contacts in the region. Besides Ft. Bliss, Maj. Gen. Vallely believes another Texas Army base, Ft. Hood, is also a target for Islamic terrorists.


Previous Skeered gun shop owner turns over 165 customer records because the police told him to, with no legal grounds to do so

Next Have you heard the mainstream media screaming about the white cop killed by a black career criminal a few days ago? Yeah, I didn’t think so.