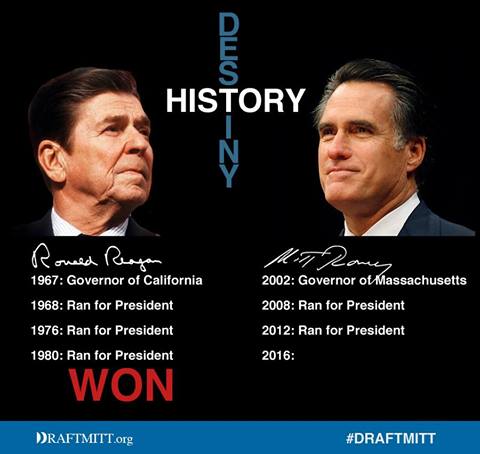 Romney has been outspoken in his disagreement Obama’s foreign and economic policy, amongst other things. On Sunday, however,  Mitt took his criticism of President Obama to a whole new level.

“I think the president is really out of touch with reality,” Romney said. ”He looked at Russia and though that was a friend he should reset relations with. He looked at Al Qaeda and said, ‘They’re on the run.’ More recently he looked ISIS and said, ‘Oh, they’re just the junior varsity.’”

Although there are those who hope and speculate Romney might campaign for the presidency in 2016, Romney has said on more than one occasion that he’s not planning to run for president again, but he stated firmly that he still thinks he was the right man for the job in 2012.

“There’s no question in my mind that I think I would have been a better president than Barack Obama has been,” Romney said. “I wish it were me. But my time has come — come and gone. I had that opportunity. I ran, I didn’t win. Now it’s time for someone else to pick up the baton.”

Next Is It White-On-Black, Or Black-On-White? These Statistics Separate The Facts From The Lies