Up to 60 women are believed to have joined the Al-Khansaa brigade, an all-women’s branch of Islamic State (IS, formerly ISIS/ISIL), which is believed to be based in the Syrian city of Raqqa.

According to reports from the Daily Telegraph, most of the women in the Al-Khansaa brigade are between 18-24, with some joining the main military ranks of the ISIS militia.

Among the women fighters may be the privately-educated Aqsa Mahmood, 20, from Glasgow, Scotland, who traveled to Syria in November 2013.

Last week, Mahmood’s parents broadcast an appeal for their daughter to return home on the US news network CNN. 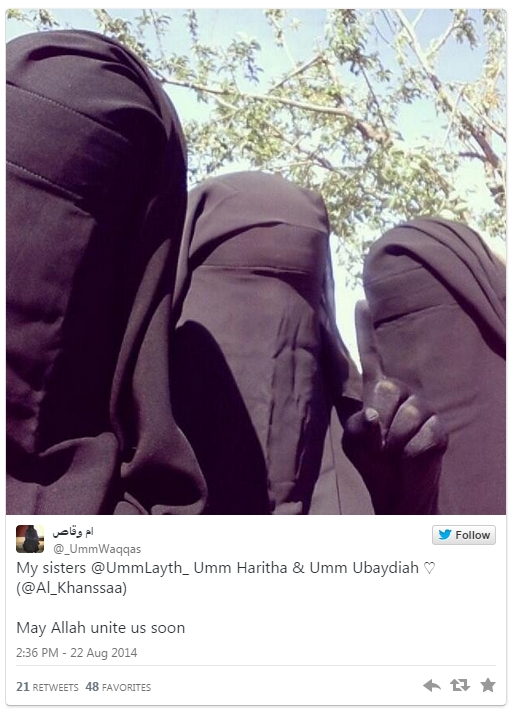 “Her last message was that ‘I will see you on the day of judgment… I will take you to heaven, I will hold your hand.’ That’s what she said. ‘I will become a martyr,’” her father, Muzaffar Mahmood, said.

“Our daughter is brainwashed and deluded and helping those engaged in genocide,” her parents added.

The brigade’s women are reportedly paid around 100 pounds (US$161) a month, according to TRAC.

Next ISIS IN EL PASO, FT. BLISS IN DANGER OF TERRORIST ATTACK