About 50 miles outside Washington D.C. is a nuclear power plant that sits on the western shore of the Chesapeake Bay. It’s the sort of place the government has warned is vulnerable to a terrorist attack.

But an investigation conducted by The Daily Caller found that anybody can enter the property of the Calvert Cliffs Nuclear Power Plant, drive through the front gates, park not far from a nuclear reactor and have no contact of any kind with security.

A reporter and videographer drove from the nation’s capital last Friday to Calvert Cliffs and twice accessed the power plant site. No one stopped or even seemed to notice them.

TheDC was able to proceed through an unmanned security checkpoint — the guard booth was empty and padlocked — and, minutes later, enter a parking lot about 550 feet away from one of the plant’s two nuclear reactors.


On one visit, reporters did not see a single security guard anywhere. On a subsequent visit, a lone marked security car passed by without slowing down or asking questions.

At one point, a large civilian truck — roughly of the size of the trucks used in terror bombings around the world, including at the Oklahoma City federal building in 1995 — rolled through the front gates and approached the reactors without being stopped. 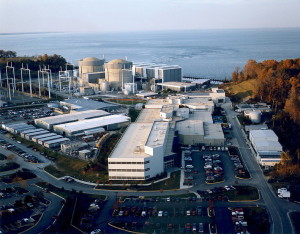 TheDC visited Calvert Cliffs after being alerted by someone who recently visited the nuclear facility last month and became concerned about the apparent lack of security.

“That facility is the softest target I have ever seen in my life,” the visitor recalled.

Next [VIDEO] Swiss member of Parliament, Oskar Freysinger, has had enough of Islam!