HBO’s Bill Maher has made something of a career bashing Republicans on a weekly basis, but recent interviews indicate he may be willing to vote GOP in 2016 under certain circumstances.

“Rand Paul is an interesting candidate to me,” Maher told The Hill this week. “Rand Paul could possibly get my vote.” 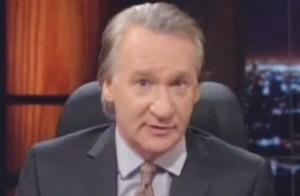 Sen. Paul (R-KY) has been on Maher’s radar for several months, most notably when an entire Real Time panel delivered high praise for the senator’s cautious noninterventionist foreign policy, which conflicts with a largely hawkish Republican Party.

Maher told the D.C. publication that his thoughts on Rand largely mirror how he felt about the senator’s father, retired Rep. Ron Paul (R-TX):

As I always used to say about [Ron], I love half of him. I love the half of him that has the guts to say we should end the American empire, pull the troops home, stop getting involved in every foreign entanglement… He’s way less of a hawk than Hillary, and that appeals to me a lot because I’m not crazy about how warlike she is.

“For the first time in a long time I’d be considering the Republican product,” he added of Rand Paul. “I might choose their toothpaste when I’m in the aisle.”


Asked if he’d continue his substantial monetary support for the Democrats if Hillary Clinton ends up as the party’s 2016 nominee, Maher said, “No, I don’t think so. First of all, I’m not as big a fan of Hillary as I am of Obama. So we’ll see who’s running. I’m not even committing to being for Hillary.”

[h/t The Hill]
[Image via HBO/screengrab]

Previous UP IN SMOKE: Philadelphia set to decriminalize marijuana possession