Sounding distinctly different than the hawkish pundits and bellicose lawmakers who have dominated the televised discussion of ISIS, several counterterrorism experts told the New York Timesthat ISIS, the band of Sunni militants who have been marauding across northern Iraq this summer, posed no real threat to the United States.

Daniel Benjamin, a former counterterrorism advisor to the State Department, called the idea of ISIS as a threat to the U.S. a “farce.” 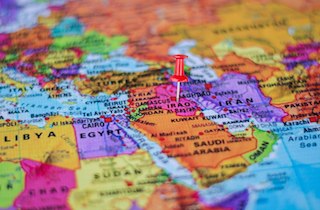 “It’s hard to imagine a better indication of the ability of elected officials and TV talking heads to spin the public into a panic, with claims that the nation is honeycombed with sleeper cells, that operatives are streaming across the border into Texas or that the group will soon be spraying Ebola virus on mass transit systems — all on the basis of no corroborated information,” he said.

Lawmakers such as Senators Lindsey Graham (R-SC) and John McCain (R-AZ) and RepresentativesPeter King (R-NY) and Mike Rogers (R-MI) have flanked political talk shows warning of ISIS’s ability to attack the United States and even, in Graham’s formulation, perpetrate an attack similar in scope to 9/11. Meanwhile, members of the Obama administration have at times sounded at odds about the group, with Defense Secretary Chuck Hagel warning of their reach and Department of Homeland Security SecretaryJeh Johnson finding they posed “no credible threat” to the U.S.

Yesterday President Barack Obama addressed the nation and outlined a four-point strategy for defeating ISIS, including U.S. airstrikes against them in Iraq and possibly Syria, where the group got its start. U.S. public opinion has turned on the group and now supports combating them, notable given the U.S.’s war weariness following protracted military campaigns in Iraq and Syria.

Next New Michael Brown Witnesses Speak Out: He Had His Hands Up