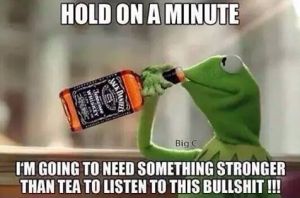 Barack Hussein Obama in his Wednesday night speech, announced his military strategic plans to combat ISIS in Iraq. (Ever hear of a Nuclear Bomb?)

See his absurd quotes, here in no particular order;

ISIS has nothing to do with Islam (OMG! What has he been smoke’n)

ISIS is not Islamic; No religion condones killing innocents (Gee, which Quran passage should I quote here?)


There is no threat to the US by ISIS

ISIS is a regional threat only (Didn’t this group just threaten us by saying they were coming to get us?)

I don’t need Congress’ approval (Oh yes you do! Someone take his magic pen…please)

I have the authority to address the threat of ISIS

Conduct airstrikes in Iraq against ISIS

I will not hesitate to take action against Syria and Iraq

Said a 40 nation coalition will join us, yet only 9 nations are signed up

Will take time to eradicate ISIS (A nuke will work nicely Barack, instead of spilling more American blood)

We will destroy ISIL (I’m snickering)

These (ISIS) terrorists are unique in their brutality (Beheadings is Islam)

America will lead a coalition to roll back this terrorist threat (Roll back? To what? To where?)

We will degrade and ultimately destroy ISIS (Never trust a democrat president to do a good job destroying an enemy, time has proven to the contrary, LBJ, Carter, Clinton)

Do we or anyone trust a pro-Muslim president- who is sympathetic to the ISIS cause- to defeat Islamic militants, aka ISIS? I don’t…Barack is an enigma of twist and turns attempting to be a chameleon to the ignorant American public. He is truly a self-contradiction in real time. Removing the secular government of Assad in Syria via ISIS is his goal. Unfortunately an act of war will bring China and Russia on scene who have pledged to back Syria against the US if we strike. Wonderful Barry!

Barack will start WWIII and didn’t he just de-commission military hardware and most of our nuclear missiles?…Damn, you got to love a democrat leaders timing on this. Barack’s hatred for America could not be more pervasive, palatable and plain sad

Next WORLD HEALTH ORGANIZATION: Ebola out of control, more than 2400 dead