A defrocked Catholic priest has been found guilty of raping dozens of children and a sled dog in the Canadian Arctic, where he worked as a missionary for decades. 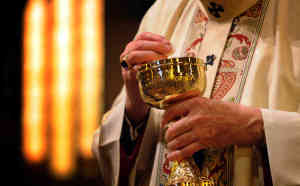 The Belgian-born Eric Dejaeger, 67, was on Friday convicted of 31 counts of sexual offences against children and one count of bestiality.

At the start of his trial last November in Iqaluit, the capital of Canada’s northernmost Nunavut territory, Dejaeger acknowledged and pleaded guilty to eight out of 80 original charges.

The Iqaluit court clerk told AFP that more than 20 victims from the Inuit hamlet of Igloolik, on the shores of the Northwest Passage, testified at the emotionally charged trial.

Next JACKASS Kanye West is at it again, this time worse than ever before...