The Ebola epidemic in West Africa has the potential to alter history as much as any plague has ever done.

There have been more than 4,300 cases and 2,300 deaths over the past six months. Last week, the World Health Organization warned that, by early October, there may be thousands of new cases per week in Liberia, Sierra Leone, Guinea and Nigeria. What is not getting said publicly, despite briefings and discussions in the inner circles of the world’s public health agencies, is that we are in totally uncharted waters and that Mother Nature is the only force in charge of the crisis at this time.

There are two possible future chapters to this story that should keep us up at night.

The first possibility is that the Ebola virus spreads from West Africa to megacities in other regions of the developing world. This outbreak is very different from the 19 that have occurred in Africa over the past 40 years. It is much easier to control Ebola infections in isolated villages. But there has been a 300 percent increase in Africa’s population over the last four decades, much of it in large city slums. What happens when an infected person yet to become ill travels by plane to Lagos, Nairobi, Kinshasa or Mogadishu — or even Karachi, Jakarta, Mexico City or Dhaka? 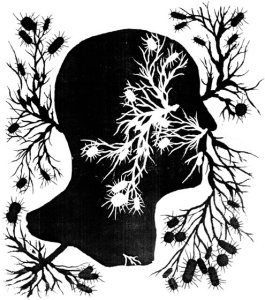 The second possibility is one that virologists are loath to discuss openly but are definitely considering in private: that an Ebola virus could mutate to become transmissible through the air. You can now get Ebola only through direct contact with bodily fluids. But viruses like Ebola are notoriously sloppy in replicating, meaning the virus entering one person may be genetically different from the virus entering the next. The current Ebola virus’s hyper-evolution is unprecedented; there has been more human-to-human transmission in the past four months than most likely occurred in the last 500 to 1,000 years. Each new infection represents trillions of throws of the genetic dice.

Next Innocent motorists being stopped on highway then arrested, robbed, and released without charges