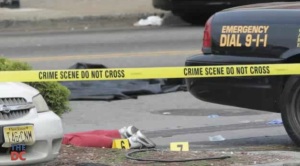 A mob of Wisconsin teens attempted to rob a group of adults in Milwaukee only to be shot at by a West Allis man carrying a concealed carry weapon.

Police say that a group of teens attempted to rob a group of adults when one of the men pulled out his gun and began shooting at the teens.

He fatally shot one of the robbers, a 15-year-old known gang member who was already the victim of another non-fatal shooting on August 1.

The teen had previously been charged with armed robbery, auto theft, theft, and fleeing.

Next Piers Morgan: Easier to Report When Obama’s NOT Golfing