OVER the past two decades, the majority of Americans in a country deeply divided over gun control have coalesced behind a single proposition: The sale of assault weapons should be banned.

That idea was one of the pillars of the Obama administration’s plan to curb gun violence, and it remains popular with the public. In a poll last December, 59 percent of likely voters said they favor a ban. 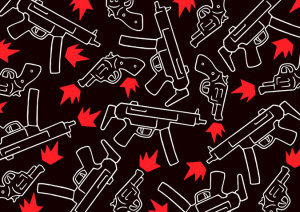 But in the 10 years since the previous ban lapsed, even gun control advocates acknowledge a larger truth: The law that barred the sale of assault weapons from 1994 to 2004 made little difference.

It turns out that big, scary military rifles don’t kill the vast majority of the 11,000 Americans murdered with guns each year. Little handguns do.

The continuing focus on assault weapons stems from the media’s obsessive focus on mass shootings, which disproportionately involve weapons like the AR-15, a civilian version of the military M16 rifle. This, in turn, obscures some grim truths about who is really dying from gunshots.

Annually, 5,000 to 6,000 black men are murdered with guns. Black men amount to only 6 percent of the population. Yet of the 30 Americans on average shot to death each day, half are black males.