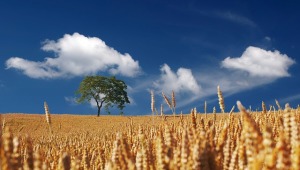 One of my favorite Winston Churchill quotes goes as follows: “The truth is incontrovertible. Malice may attack it, ignorance may deride it, but in the end, there it is.” Did you notice the subtle difference there in the title?  I didn’t say America reaps what America sows, nor did I say America reaps what its government sows.  Rather, I specifically said, America reaps what American’s sow.  We are a representative Democracy with a free market which means sooner or later, regardless of the time it takes to come to fruition, American’s get what they want.

Now, I know that there are those that would claim America is somehow not what it used to be.  People believe that our government is no longer representative of the people and the market is no longer free.  Now I will grant you that there are indeed corrupting influences on both the government and the market.  However, when you look the world over, you will not find a systems as representative and free as ours.

In addition, there has been much maligning recently of the institutions of government.  The Supreme Court has been roasted by both conservatives and liberals depending on how it happened to rule.  The President and Congress, well they always have been fair game for political and personal vitriol.  The free press has been indicted as not free indeed, but beholden to corporate interest.

However, having traveled to various parts of the world and seen much it had to offer its citizens, I would state, that we are blessed beyond measure with our systems.  I am not saying they are perfect.  In fact these systems are infected with potentially fatal flaws coursing through their veins. This flaw …