Another day, another unfortunate cache of nude photos and videos of celebrities—presumably hacked—finds its way onto the creepy depths of the Internet. 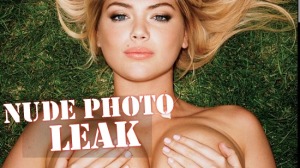 Yes, just as the proverbial dust had settled on the first ugly display of what Internet trolls have deemed “The Fappening,” one that saw dozens of nude photos of big-name celebs like Jennifer Lawrence, Kate Upton, and others leak online to the image hosting site Imgur, and then spread like wildfire on the message boards 4chan and Reddit, another batch has landed online, and into the clutches of its salivating, disgusting audience, all of whom seem to be operating under the false illusion that they’re in some way deserving of a peek inside these very public people’s private lives.

Next New Jersey Politician Accused of Dropping Pants and Hurling Racial Slurs, Drops Out of Race