On the heels of yet another night of violence against Police and against innocent businesses in the community of Ferguson. Stay tuned folks Ferguson isn’t over yet

Eric Vickers, a state senate staffer who has led various acts of civil unrest in St. Louis, has sent a letter to Major League Baseball Commissioner Bud Selig asking for the league to pressure St. Louis officials in the unarmed shooting death of Michael Brown.

“I wish I could communicate to you an upbeat message of fun and joy as many parts of the St. Louis community now rightfully feel with our beloved Red Birds headed back into the playoffs and undoubtedly the Series,” Vickers wrote. “However, all is not joy in Cardinal Nation, as you most certainly must be aware, because of the shooting of Michael Brown, and the deep seeded feeling of enough is enough in the black community it has unearthed.” 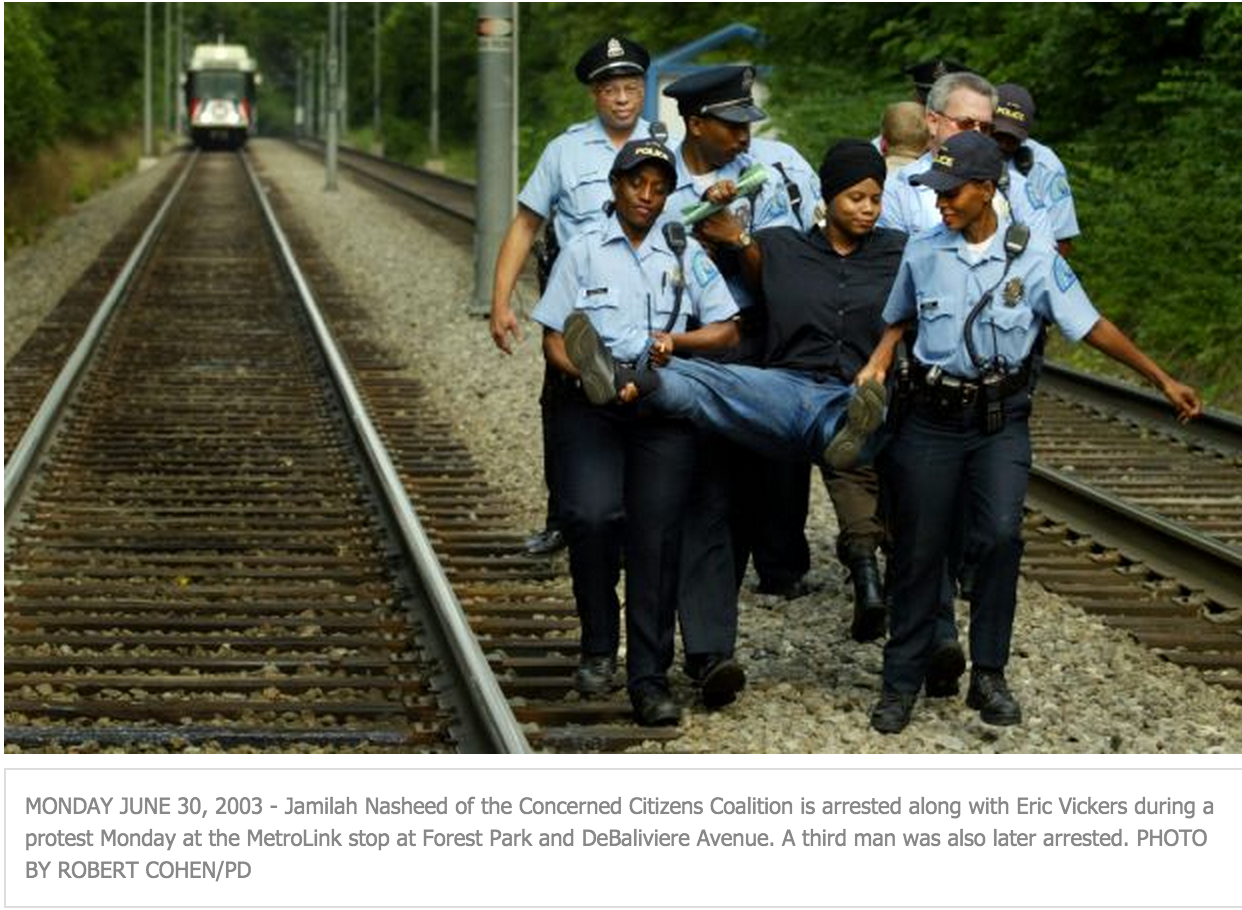 In an interview, Vickers said Major League Baseball has a role to play in the Ferguson situation.

“They are coming into the midst of this controversy,” Vickers said. “They need to influence the business community.”

Vickers said protesters plan to purchase MetroLink tickets and take up all of the available seating on trains running to and from Busch Stadium during any local playoff games.

“They have been completely silent on this,” Vickers said. “They are an economic enterprise. They are a business. They are going to make millions of dollars. The business community has to be responsible.”

Vickers works for State Sen. Jamilah Nasheed and was paid $47,327 by the state in 2013.  The two have experience in civil disobedience on the train tracks.

Next Michelle Obama ADMITS Her Husband's Home Country Is In Kenya