What the hell? Is this what we’ve allowed America to devolve to, that a permit is required to take photos of wildlife and scenery?! 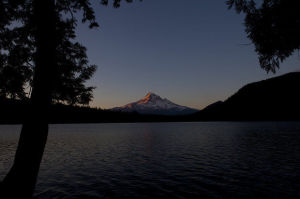 The U.S. Forest Service has tightened restrictions on media coverage in vast swaths of the country’s wild lands, requiring reporters to pay for a permit and get permission before shooting a photo or video in federally designated wilderness areas.

Under rules being finalized in November, a reporter who met a biologist, wildlife advocate or whistleblower alleging neglect in any of the nation’s 100 million acres of wilderness would first need special approval to shoot photos or videos even on an iPhone.

Permits cost up to $1,500, says Forest Service spokesman Larry Chambers, and reporters who don’t get a permit could face fines up to $1,000.

First Amendment advocates say the rules ignore press freedoms and are so vague they’d allow the Forest Service to grant permits only to favored reporters shooting videos for positive stories.

“It’s pretty clearly unconstitutional,” said Gregg Leslie, legal defense director at the Reporters Committee for Freedom of the Press in Alexandria, Va. “They would have to show an important need to justify these limits, and they just can’t.”

Liz Close, the Forest Service’s acting wilderness director, says the restrictions have been in place on a temporary basis for four years and are meant to preserve the untamed character of the country’s wilderness.

Next FBI 2012 CRIME REPORT: No Murders Recorded For Newtown, Connecticut