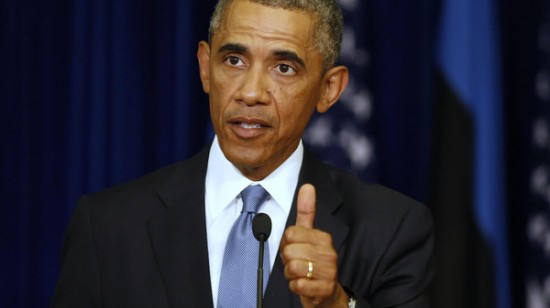 President Barack Obama favorably quoted and praised on Wednesday in his speech before the United Nations a controversial Muslim cleric whose organization has reportedly endorsed the terror group Hamas and supported a fatwa condoning the murder of U.S. soldiers in Iraq.

Obama in his remarks offered praise to controversial cleric Sheikh Abdallah Bin Bayyah and referred to him as a moderate Muslim leader who can help combat the Islamic State of Iraq and the Levant’s (ISIL or ISIS) radical ideology.

However, Bin Bayyah himself has long been engulfed in controversy for many of his views, including the reported backing of a 2004 fatwa that advocated violent resistance against Americans fighting in Iraq.

This is not the first time that the Obama administration has extoled Bin Bayyah, who also has served as the vice president of a Muslim scholars group founded by a radical Muslim Brotherhood leader who has called “for the death of Jews and Americans,” according to Fox News and other reports.


Previous When you see the inside of this UNICAT, you will order one!

Next [VIDEO] STOP AND SEIZE: Aggressive police take hundreds of millions of dollars from motorists not charged with crimes