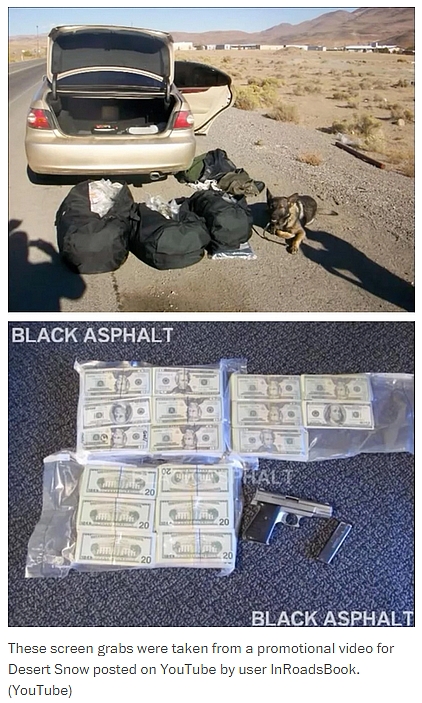 After the terror attacks on Sept. 11, 2001, the government called on police to become the eyes and ears of homeland security on America’s highways.

Local officers, county deputies and state troopers were encouraged to act more aggressively in searching for suspicious people, drugs and other contraband. The departments of Homeland Security and Justice spent millions on police training.

The effort succeeded, but it had an impact that has been largely hidden from public view: the spread of an aggressive brand of policing that has spurred the seizure of hundreds of millions of dollars in cash from motorists and others not charged with crimes, a Washington Post investigation found. Thousands of people have been forced to fight legal battles that can last more than a year to get their money back.

Behind the rise in seizures is a little-known cottage industry of private police-training firms that teach the techniques of “highway interdiction” to departments across the country.

One of those firms created a private intelligence network known as Black Asphalt Electronic Networking & Notification System that enabled police nationwide to share detailed reports about American motorists — criminals and the innocent alike — including their Social Security numbers, addresses and identifying tattoos, as well as hunches about which drivers to stop.

Many of the reports have been funneled to federal agencies and fusion centers as part of the government’s burgeoning law enforcement intelligence systems — despite warnings from state and federal authorities that the information could violate privacy and constitutional protections.

“Those laws were meant to take a guy out for selling $1 million in cocaine or who was trying to launder large amounts of money,” said Mark Overton, the police chief in Bal Harbour, Fla., who once oversaw a federal drug task force in South Florida. “It was never meant for a street cop to take a few thousand dollars from a driver by the side of the road.”

To examine the scope of asset forfeiture since the terror attacks, The Washington Post analyzed a database of hundreds of thousands of seizure records at the Justice Department, reviewed hundreds of federal court cases, obtained internal records from training firms and interviewed scores of police officers, prosecutors and motorists.

The Justice Department data released to The Post does not contain information about race. Carr said the department prohibits racial profiling. But in 400 federal court cases examined by The Post where people who challenged seizures and received some money back, the majority were black, Hispanic or another minority.

A 55-year-old Chinese American restaurateur from Georgia was pulled over for minor speeding on Interstate 10 in Alabama and detained for nearly two hours. He was carrying $75,000 raised from relatives to buy a Chinese restaurant in Lake Charles, La. He got back his money 10 months later but only after spending thousands of dollars on a lawyer and losing out on the restaurant deal.

A 40-year-old Hispanic carpenter from New Jersey was stopped on Interstate 95 in Virginia for having tinted windows. Police said he appeared nervous and consented to a search. They took $18,000 that he said was meant to buy a used car. He had to hire a lawyer to get back his money.

Mandrel Stuart, a 35-year-old African American owner of a small barbecue restaurant in Staunton, Va., was stunned when police took $17,550 from him during a stop in 2012 for a minor traffic infraction on Interstate 66 in Fairfax. He rejected a settlement with the government for half of his money and demanded a jury trial. He eventually got his money back but lost his business because he didn’t have the cash to pay his overhead.

“I paid taxes on that money. I worked for that money,” Stuart said. “Why should I give them my money?”