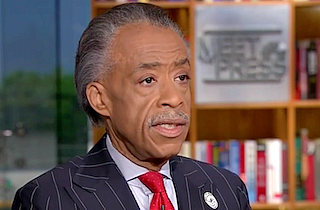 In a newly-released statement, Al Sharpton announced that he and his organization, the National Action Network, were “engaged in immediate conversations with the White House on deliberations over a successor whom we hope will continue in the general direction of Attorney General [Eric] Holder.”

To be clear, as he told BusinessInsider, he’s not actually picking picking the next candidate for Attorney General. “We did not say we are in the decision making,” he told them in an update. “We are in conversation to reach out to them to have meetings about what we want to see in a successor.”

In his statement, Sharpton called the outgoing AG’s tenure “more than exemplary,” and he was “proud [but] disappointed” to hear about his resignation, initially reported earlier this year.

“We are proud that he has been the best Attorney General on civil rights in U.S. history and disappointed because he leaves at a critical time when we need his continued diligence most,” Sharpton said, citing his work in the Ferguson shooting aftermath, upholding voter rights, and curbing an excessive use of police force. ” Policing of Americans is the critical challenge of today, especially Blacks and Browns in particular,” he added.We will aggressively pursue the Justice Department’s involvement in dealing with these matters in his remaining days and in the days ahead of his successor.”

Next TSA Granting 'Special Status' to Government Employees and Politicians