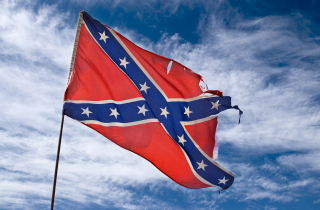 The bill passed 66-1, and the lone dissenter was a Republican who argued banning the flag would impede on First Amendment rights to free speech.

All indications are that California residents will still be allowed to use and display them privately, and will also be able to display them while protesting on state property.

The bill takes effect in January 2015.

Watch the report below, via KMPH:

Previous Chicago Police Chief: iPhone the ‘Phone of Choice for the Pedophile’