An internal Secret Service report revealed more than “1,000 security breaches and vulnerabilities,” according to a House investigator who said that a “politically correct” culture is endangering President Obama. 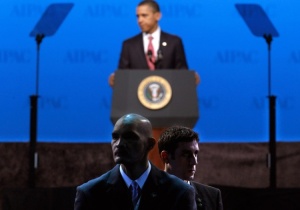 “There are new details that will come out that — you really have to question if security is their number one objective,” Representative Jason Chaffetz (R., Utah), who sits on the House Oversight and Government Reform Committee that is holding a Tuesday hearing on the Secret Service, told National Review Online. “They want to be politically correct.”

Chaffetz backed that up by reference to the Secret Service’s statement on the most recent security breach, when a man jumped the White House fence and entered the building before being stopped.

“Although last night the officers showed tremendous restraint and discipline in dealing with this subject, the location of Gonzalez’s arrest is not acceptable,” the Secret Service press release said. (That statement was issued before whistleblowers revealed that the fence-jumper made it all the way to the East Room of the White House, on the second floor.)

“When is that the goal and objective of the Secret Service? ‘Restraint?’ Because he had no apparent weapons?” Chaffetz pointed out. “In this day and age of ISIS and suicide bombers, we don’t know what he has underneath of his clothing. He could have a dirty bomb or improvised explosive device. You just don’t know. It’s totally unfair for an agent to have to make a split second decision on whether or not to use lethal force. If you can’t get a dog or a person in between the person rushing the White House and the White House itself, you may have to use a more lethal weapon.”


Previous [GRAPHIC VIDEO] COP: 'I’m Going to Shoot Him in the Penis’, Only Minutes Before Executing Camper