Tom & Jerry is one of the great animated classics. But it suffers from the same thing other animated classics from the past century suffer from: Racial stereotypes that weren’t considered that bad back then, but we look at now and cringe.

But Amazon is doing something that’s getting a lot of attention online today: Adding a “racism warning” to a description of the old cartoons. A BBC report says such a disclaimer has been added to the complete second volume of the Tom & Jerry cartoons:

“Tom & Jerry shorts may depict some ethnic and racial prejudices that were once commonplace in American society. Such depictions were wrong then and are wrong today.”

Enjoy your cartoon, everybody! 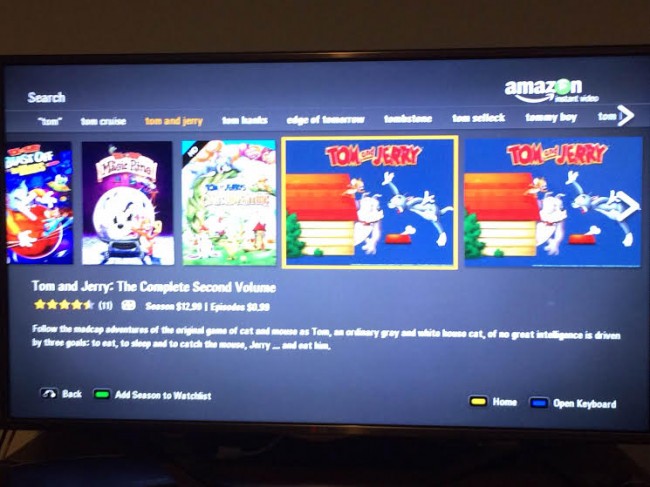 And, in fairness, this isn’t the first time that Tom & Jerry cartoons have received such disclaimers. In the Spotlight Collection DVD, there’s an introduction by Whoopi Goldberg talking about some racist caricatures, including the character Mammy Two-Shoes. You can watch that video here:


And while you could make a reasonable argument that this is politically-correct nonsense that doesn’t need to be addressed, there’s actually a very important point made in Goldberg’s PSA. The disclaimer is there not because “Oh no, racism,” it’s to let you know that despite this racism, they are not censoring any of this offensive material out of the cartoons because to do so would be wrong:

“Removing Mammy Two-Shoes from this collection would be the same as pretending that she never existed. The same is true for the other images and jokes that we wouldn’t normally include in a mainstream cartoon today. So, Ms. Two-Shoes, along with other elements that reveal the prejudices of the time are presented here to accurately reflect a part of our history that cannot and should not be ignored.”

So at the end of the day, ask yourself this: Would you rather have a disclaimer attached to something to explaining how the material might be offensive, or would you rather have that offensive material overlooked, edited, and/or erased from history? If voluntary disclaimers mean nothing gets censored and we still get to enjoy this material as the creators intended, then bring ‘em on.

And the pussification of America continues… -MD

Next BREAKING NEWS: Dallas Ebola Patient Had Contact With 80 People Before Being Quarantined