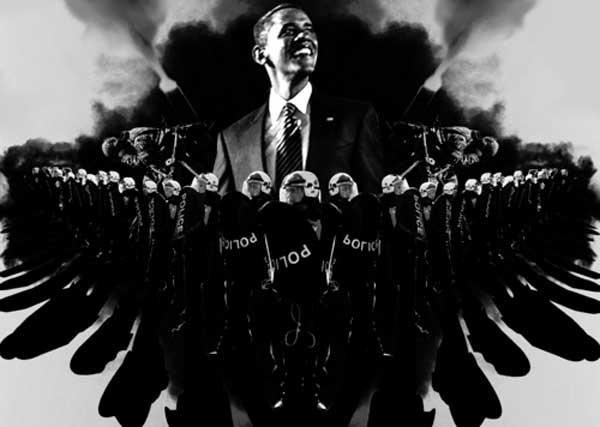 When historians consider the date the United States, a Free Republic, became a Police State, there will be disagreement aplenty.

Many, if not all historians, will acknowledge, though, that transformation of the United States from a Free Republic, as envisioned by the Founders, to a Police State did not occur instantaneously.

The change, historians likely will agree, occurred incrementally although with rapidity – indeed – with ferocity during the first decades of the 21st century.

Historians will likely emphasize the curtailment of Rights and Liberties expressly enshrined in the Bill of Rights. This is one indicium of the transformative process. The other indicium is the unprecedented usurpation of and accumulation of powers in one branch of the Federal Government, the Executive, and the simultaneous reduction of power– indeed – abdication of authority of another branch of the Federal Government, the Legislative. Historians will remark upon an important reversal: the institutions of Government that were created to serve the Public had turned on that Public, and the Public had become subservient to the institutions of Government.

Control of the Public is key. The Public is perceived as a potential threat to the institutions of Government. To reduce that threat the Public must be controlled. The Bill of Rights must be dismembered: privacy – gone; freedom to speak one’s mind and to freely associate with one’s fellows – gone; and the right to keep and bear arms – gone.

It is curious that, as the American citizen’s rights and liberties are slowly restricted and eventually erased, the powers of the Police State grow exponentially and those powers become paramount.

The greatest concern to an authoritarian government is an armed citizenry. That must be dealt with first and foremost, and relentlessly by adherents of the Police State. An autocracy cannot function where the citizenry of the State is armed. Thus, an armed citizenry must be suppressed.

The Government’s mechanism of repression is twofold: restrict the citizenry’s access to firearms and, contemporaneously, monitor the citizenry through the tripartite agencies of intelligence, police, and the military.

In the past, in the Free Republic that once existed in the polity called the United States, the agencies of intelligence, police, and the military were clearly defined and demarcated. That is no longer the case. Police forces are now militarized. The military is taking on policing functions. And intelligence is ubiquitous – the distinction between internal security and foreign intelligence increasingly muddied. Every American citizen is now perceived as a potential threat to the “homeland” – no more or less than a foreign national or stateless person.

The Government doesn’t say that. But, it is so.

The abdication of Congressional responsibility, together with the usurpation of power in the hands of the President, is painfully obvious. What powers the President doesn’t usurp overtly and wrongfully from Congress, Congress dutifully hands over to the President in a flood of Statutes – Statutes that clearly impinge and infringe upon the Bill of Rights.

One of the most pernicious Statutes to date is “The Homeland Security Act of 2002,” 107 P.L. 209; 116 Stat. 2135. We will take a close look at that Statute and the manner in which the very existence of the Department of Homeland Security (“DHS”) operates to destroy the individual integrity of police agencies, the integrity of the military, and the integrity of intelligence agencies. And we will take a close look at the manner in which the muddying of the integrity of those three discrete functions, as they operate today in America, jeopardizes the very sanctity of and continued existence of the Second Amendment to the U.S. Constitution.

Next Random Thoughts with Thomas Sowell