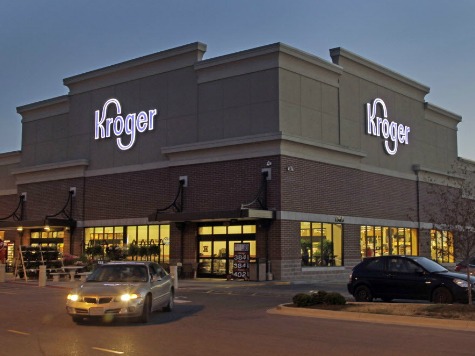 Senators Chris Murphy (D-CT), Richard Blumenthal (D-CT), and Dianne Feinstein (D-CA) have added their voices to Moms Demand Action for Gun Sense in America’s campaign for Kroger to ban the open carry of firearms in its stores.

Moms Demand wants Kroger to ban the open carry of guns, even where it is legal.

According to The Hill, Senators Murphy, Blumenthal, and Feinstein sent a letter to Kroger CEO W. Rodney McMullen on September 30 asking him to ban open carry in all Kroger stores. The Senators argued that “gun extremists… have exploited the current Kroger gun policy” by carrying guns openly while shopping.

They said that by banning open carry, “Kroger would be sending an important message about [their] commitment to the safety of [their] employees and customers.”


Previous [WATCH] What You Need To Know About Ebola

Next [VIDEO] Fatherland, Motherland, Homeland: The Origins Of A Police State in The United States