News 12 Bronx anchor said a bit too much on the air this week. Matt Pieper got picked up on live TV mocking people on government assistance and dropping an f-bomb.

Pieper said that parents need to “do their fucking jobs and walk their little kids to school on their own, and not rely on everyone else, kind of like people rely on government assistance for their entire lives.”
He just kept going and going, all while he comments were captured live on television. His colleague out in the field jokingly suggested a hashtag, #EBT, referring to food stamps.

The news station put out an apologetic statement on Facebook later that evening: 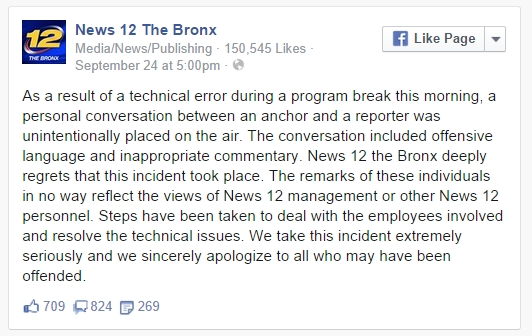 Someone recorded video of the unfortunate moment, and you can watch it here: