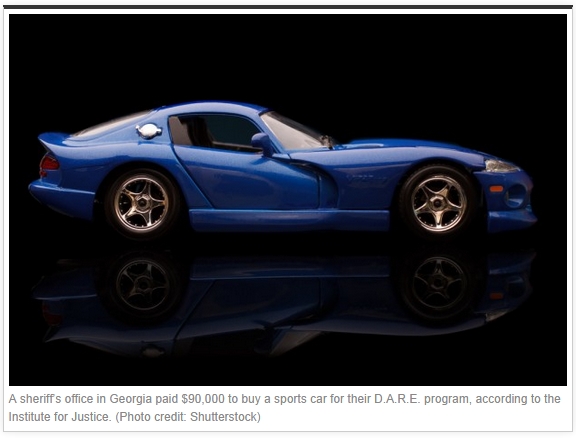 Those are just a handful of the outlandish items police forces across the country have purchased with money seized from American citizens, often without any criminal charges being filed against them.

In its video, “The Craziest Things Cops Spent Forfeiture Money On,” the civil liberties nonprofit Institute for Justice highlighted its top six examples of unorthodox purchases made with the thousands of dollars seized from families, small business owners and individual citizens suspected – but not charged – with criminal activity, as allowed under U.S. civil asset forfeiture law.

The Institute for Justice calls out police forces for spending seized money on “steak and booze” at celebrity-studded barbecues and for splurging on kegs and a margarita machines at various parties — but those are just the tip of the iceberg.