In Chicago’s South Side in early September, a 16-year-old boy was shot dead, the seventh person killed this year in the West Garfield Park neighborhood.

The boy was able to give his name and reportedly pleaded with the responding police officers, “Please don’t let me die.”

If you live in 60624, the ZIP code where the shooting took place, you don’t expect your streets to be safe. In the last 30 days, that neighborhood has recorded more homicides, robberies, assaults, thefts and narcotics charges combined than any other ZIP code in Cook County when measured on a per capita basis. Its population is 98 percent black and averages a median income just above the poverty line. 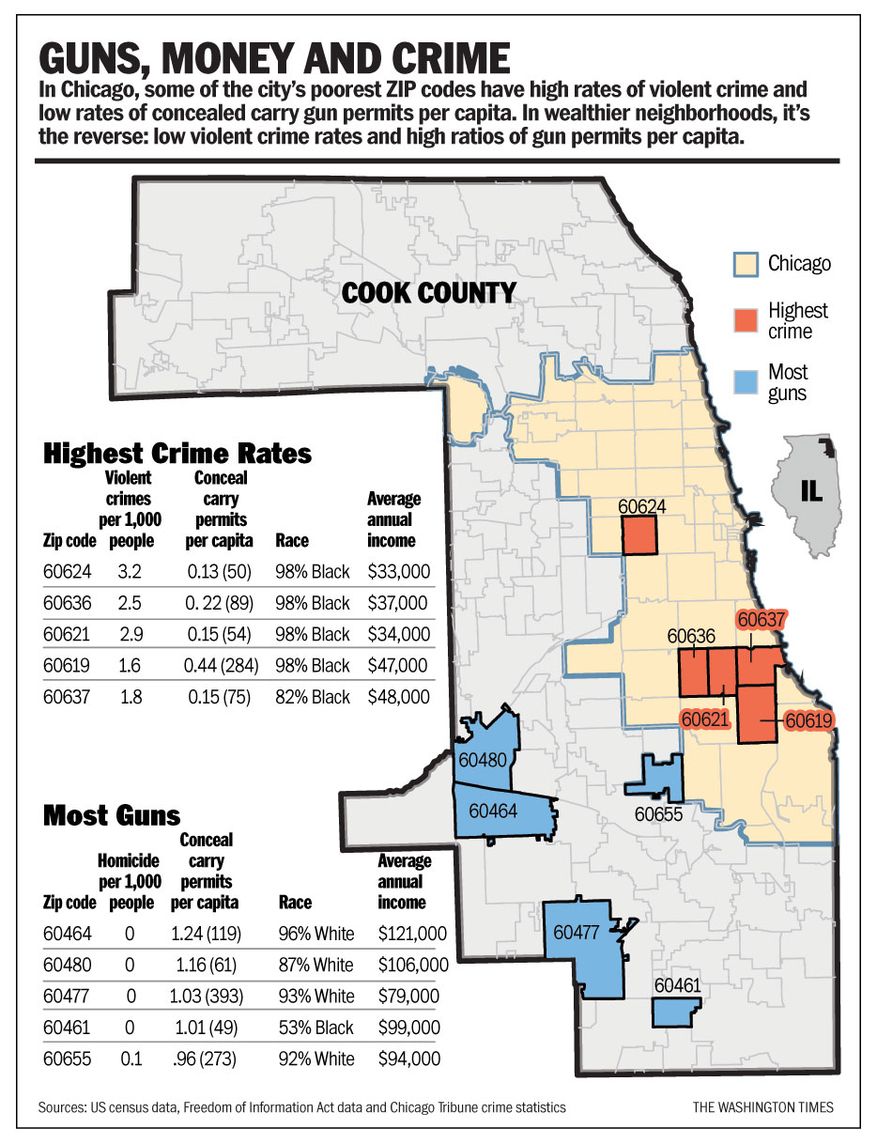 It also is one of the ZIP codes that registers the fewest active concealed carry firearms permits per capita in the county, according to concealed carry numbers obtained under the Freedom of Information Act by The Washington Times.


Ditto for the crime-ridden neighborhoods of Englewood and West Englewood. Combined with West Garfield Park, out of their 114,933 total residents, only 193 concealed carry licenses have been issued — less than 0.17 percent of the population.

It’s a completely different story in affluent Palos Park, located in southwestern Cook County. The 60464 ZIP code boasts a negligible crime rate: Only one homicide has been committed in 10 years, according to the most recent state police data. Ninety-six percent of its residents are white, earning an average income of $121,000.

Illinois has the highest registration and training fee, costing an applicant about $650 on average for fingerprinting, taxes and logistics — excluding the price of the gun.

Illinois also has the longest training requirements of right-to-carry states, requiring potential licensees to take a 16-hour course that includes range time. There are no gun ranges within the city of Chicago, and carrying an unlicensed gun on public transportation is a crime.