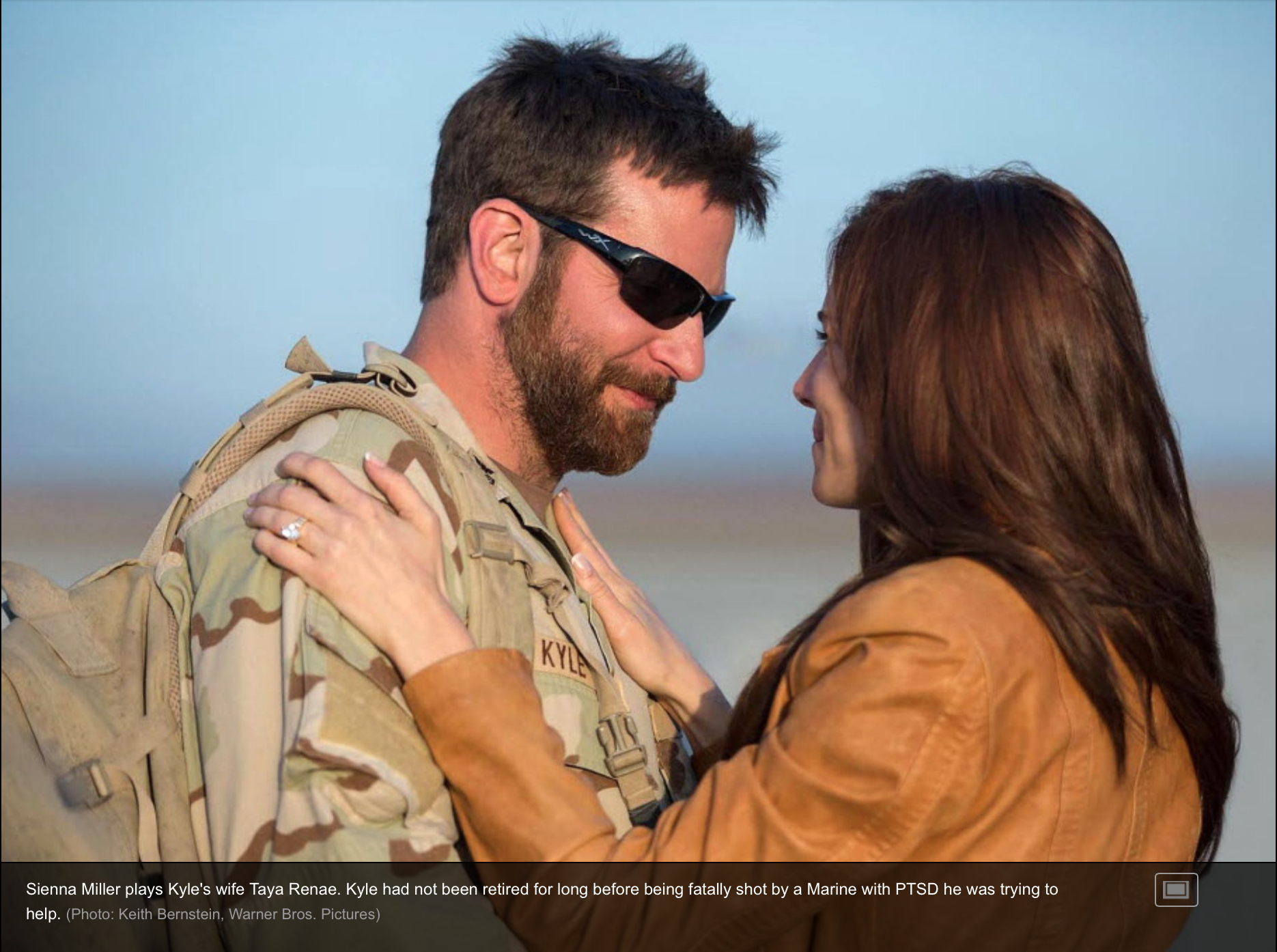 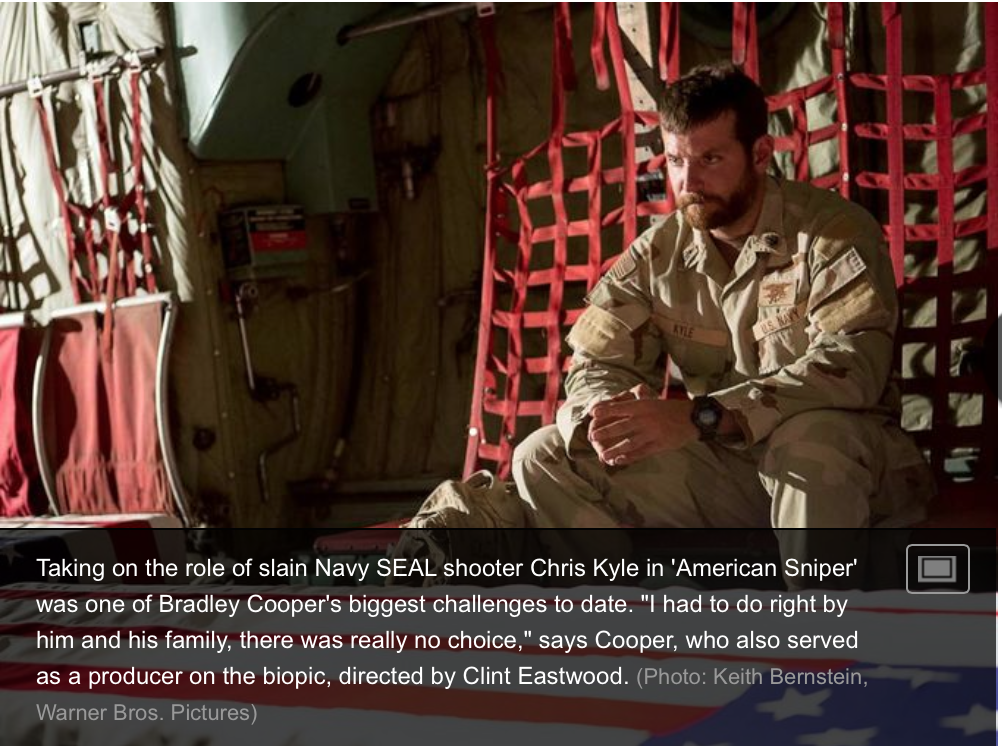 As Cooper sought the rights to bring Kyle’s best-selling 2012 autobiography American Sniper to the screen, the actor had what he thought would be an initial talk with the man acknowledged as the most lethal sniper in American military history.

“Thank God I got to talk to him once on the phone,” says Cooper, who is a producer and plays Kyle in the film. “It was a very quick conversation. But I did tell him how serious I was about making this movie. And he should just know that whatever fears he had about Hollywood, to just put them aside and trust me. That I was going to do everything I could to tell this story.”

Soon after that phone call, Kyle and a companion were shot and killed on Feb. 2, 2013, at a shooting range in Texas. A troubled Marine veteran is now on trial for his murder.

But Cooper has continued to make good on his promise to Kyle, bringing American Sniper to the screen with Clint Eastwood as director. Cooper is deep in post-production with Eastwood and the film is slotted for a limited Christmas Day release, opening wider on Jan. 16 .

Cooper felt like he was on a mission to complete the vow for the sake of Kyle, his family and all veterans.

“I had to do right by him and his family, there was really no choice,” says Cooper. “You’re sitting across the dining-room table talking to this person’s father and mother. And his children and wife are there. And he’s passed away. Knowing that they are putting all of their stories in your hands and the responsibly of that, it’s actually unique.”

Cooper, 39, transformed himself to play the 38-year-old Kyle, putting on 40 pounds through a rigorous diet and workout regimen. He also trained with Navy SEALs who worked with Kyle, including Kevin “Dauber” Lacz, Kyle’s sniper partner during his last two tours. Lacz served as a technical adviser and portrays himself in the movie.

But even clearing houses with actual SEAL teams and live-ammo shooting with the three types of rifles Kyle used in the field didn’t prepare Cooper for staring into the rifle scope for the first time onset.

“Even though it was actors through the scope, they were human beings. It was a whole other deal. I remember getting a chill through my body realizing what he had to do,” says Cooper of the man who was credited with 160 confirmed kills in his military service.

Cooper is clear that Sniper is more than a……

Next DEVELOPING: Is Ferguson about Mike Brown, or Islamic relations and ISIS support?