I was struck by the photo I saw today of the hundreds of thousands of people jamming the streets of Hong Kong, risking their lives to protest the loss of freedom due to recent actions by the Chinese government. The protests consist of mostly students, but many Hong Kong residents have joined them in recent days. 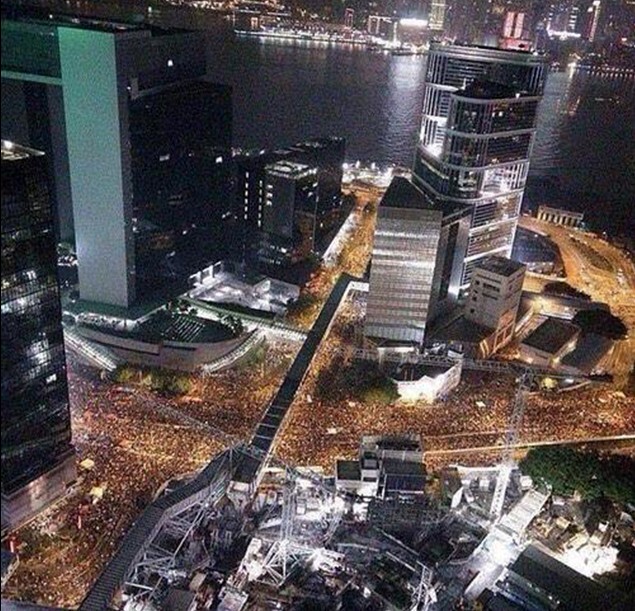 The students have been demanding that the leader of Hong Kong resign his position for accepting Chinese demands that they vet any candidates for election going forward. This would mean the end of any type of self-rule in the formerly British city. These people are risking their lives. They are risking their lives for freedom, as they realize once it is gone, its gone forever, or at the least, very difficult to get back.

Here in America we have lost this understanding. We are allowing our freedoms to slip away, right before our eyes.

We have a president who is using the agencies of the federal government to attack and harass the political opposition. How is this different from the way things are done in China? Or in Russia?

The answer is much of our population has forgotten what it means to be Americans. Now the U.S.A. is just a gravy train to milk. A place where you go to get all you can get before the lights go out, kind of like a store being looted in Ferguson. We have forgotten that freedom isn’t free.

We are forsaking the millions of lives over the last two-hundred years that were lost for our freedom. These brave souls must be turning over in their graves.

The students in Hong Kong know that they very well could be killed by the security forces at any moment, yet they remain. The thugs in the Communist Party of China will not allow them to succeed. Yet as Steve Jobs said, “The people who are crazy enough to think they can change the world, are usually the ones that do.”

Is the light going out on the shining city on the hill Ronald Reagan talked about? I hope not.

Next Breaking: Cobb Co. Jail inmate being tested for Ebola