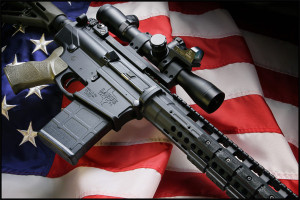 In a new study, Mark Gius, of Quinnipiac University’s Department of Economics, has found that between 1980 and 2009, “states with more restrictive CCW laws had gun-related murder rates that were 10% higher” than those of other states. Gius also concluded that state “murder rates were 19.3% higher when the Federal [‘assault weapon’ and ‘large’ magazine] ban was in effect.” Gius says that more research is needed to determine whether these gun control laws contributed to, or merely coincided with, higher rates of crime.

Murder rates have also decreased as the number of Right-to-Carry (RTC) states have increased. From 1987, when Florida adopted its trend-setting Right-to-Carry law, through 2012, the share of the American population living in RTC states rose from 16 percent to 70 percent, and the nation’s murder rate decreased 43 percent. 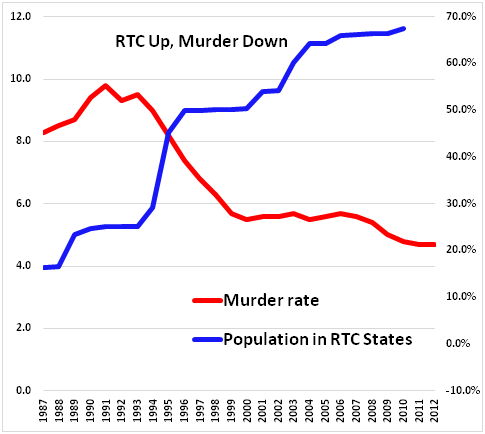 
The findings of the Gius study are essentially in line with two other major studies on the same subjects. John Lott’s and David Mustard’s study found that Right-to-Carry laws not only coincide with, but contribute to, a reduction in violent crime. Meanwhile, the Urban Institute’s study of the federal “assault weapon” and “large” magazine ban found that the ban was ineffective because the banned firearms and magazines were rarely used in crime prior to the ban.

The Gius study adds to the increasing body of research concluding that Right-to-Carry laws don’t increase crime and may reduce it. It also adds to the already substantial body of evidence that restricting general-purpose semi-automatic rifles and limiting magazine capacity doesn’t reduce crime.

One wonders, therefore, whether the next study should seek to understand why anti-gun activists continue to pretend otherwise.

Previous [VIDEO] ‘They Will F*cking Kill You!’ Maher and Ben Affleck Battle over Radical Islam