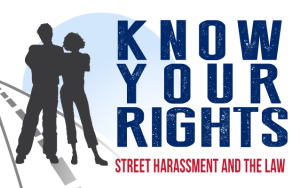 A mother and father were on their way home with their 2 week old baby when they were stopped by Sandusky police officers.

Andre Stockett, the father and the passenger in the vehicle, and the man who took the video, has a good understanding of his rights when dealing with police.

Despite the police pulling over the vehicle, for an alleged “traffic violation,” they do nothing to the driver. Her license is run and it comes back valid so they have nothing on them, yet like bullies on the playground they begin ganging up on Stockett.

Stockett has committed no crime and has not been suspected of committing a crime, so he lawfully refuses to identify himself. This assertion of his rights does not go over well with the bullies on the playground, so Officer Denny throws a temper tantrum.


The K-9 unit is brought in

As several media outlets have reported, K-9’s are not only often poorly trained, they are frequently wrong. They can also be taught to alert on cue.

Stockett says that he does not consent to any searches, which is well within his rights. However, Officer Denny knows how to avert these rights; bring in the drug dog.

Unfortunately in Illinois v. Caballes, the Supreme Court ruled that police do not need reasonable suspicion to use drug dogs to sniff a vehicle during a legitimate traffic stop and that a drug dog alerting to a vehicle allows them to search it.

Stockett could have contended that this was no longer a “legitimate traffic stop” but it seems that nothing was going to stop these jackboots from arresting someone.

After the dog allegedly ‘alerted’ to the vehicle, Stockett and his wife are told to get out of the vehicle. When they refuse, because they have a 2 week old infant in the back seat, these thugs threaten to take their baby!

At this point in the video, if your blood is not boiling you are not a human being. The police continue to make up new reasons why they were pulled over and why they are being detained/arrested. It is absolutely infuriating.

The asininity peaks when officer Denny backtracks and tells the family that he originally pulled them over because their lights weren’t on, but it is clearly daylight outside.

Eventually under duress and the threat of violence, the family is forced to exit the vehicle. Stockett was arrest for, wait for it….wait for it, obstruction of justice. These harassing tyrants have the audacity to claim that it was this family who was obstructing justice and not their jackbooted thuggery. Unbelievable.

No drugs were found

The only thing absent from this video is the Sandusky police tasering and beating the family, however the threat of stealing someone’s child stings way more than a baton every could.

Stockett, for good reason, says he plans to fight the charges of obstruction. Please share this article to let other police officers know that when they violate people’s rights they will be exposed.