During a September 30 2014 Segment of CNN’s The Lead, host Jake Tapper pointed out that none of the gun control laws offered in the wakes of the attacks on Gabby Giffords, the Aurora theater, or Sandy Hook elementary would have stopped the attacks.

Tapper surmised that the gun control movement lost its fight because, instead of seeking solutions, gun control proponents tried to use the emotion of the moment to pass their gun control bills. Senator Dianne Fienstien’s (D-CA) “assault weapons” ban comes to mind.

In the video of the segment, Tapper mentions the Tucson, Aurora, and Sandy Hook attacks, then said:

None of the measures that I heard proposed in any serious way on Capitol Hill actually would have done anything to have stopped those horrific tragedies. It seemed as though Democrat lawmakers just took down what they thought might pass–closing the gun show loophole [for instance]–and tried to pass that even though there wasn’t a direct cause and effect [tying it to the attacks].

Tapper then asked his guest, gun control proponent Mark Kelly, whether pushing laws that would have actually stopped such attacks “would have been more successful”? 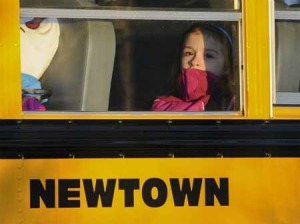 Kelly gave a convoluted answer beginning with, “I think that depends on how much detail you look into.” He continued to talk about what has grown from he and Gabby Giffords’ push for expanded background checks to what is now a push for expanded background checks, new regulations for gun shows, and new rules for online gun sales. Earlier in the segment Kelly also talked up his push for more firearm trafficking laws as well.