Less well-off families from red states donate a relatively higher – and growing – proportion of their money to charity, while those at the top have been giving a smaller share as their income has increased, a new extensive study has revealed.

Respected non-government sector newspaper The Philanthropy Chronicle collated the itemized charity deductions on the tax returns of hundreds of millions of Americans between 2006 and 2012, the latest year available. While only about a third of all givers write off their charity expenses, the sums included about 80 percent of all donations in the country. 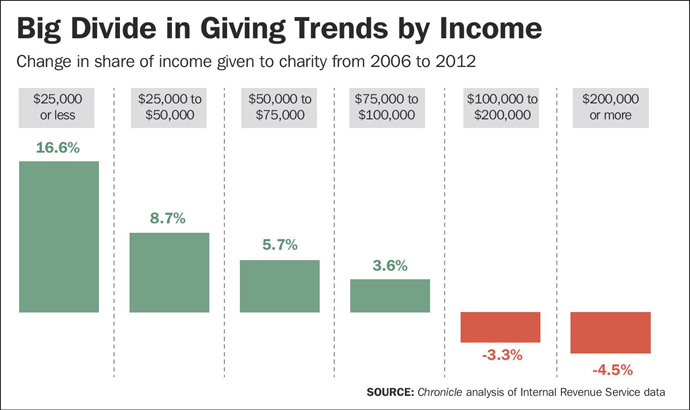 The study noted that while the amount of charitable giving by the US as a nation has remained steady at 3 percent, the poorer people are, the greater amount they spend on charity. And this trend has been exacerbated in the years covered by the study, which showed that those earning $25,000 or less contributed 16.6 percent more of their income, while those with incomes of over $200,000 were spending 4.5 percent less of their money on charity in 2012 than in 2006. The study does not give the countrywide overall percentage of money donated by each group.

Next Fleas near Flagstaff test positive for The Plague