I now pronounce you in decades of debt.

Student loans have hit a record high of $1.2 trillion, putting a crimp in The American Dream of owning a home and starting a family. And it’s affecting the broader economy too.

“People cannot participate in the American dream because of student debt,” said Natalia Abrams, executive director and co-founder of StudentDebtCrisis.org.

Cody Hounanian, 23, graduated from University of California, Los Angeles last year with about $30,000 in debt. He worked part-time at an In-N-Out Burger restaurant near campus throughout college and now works full-time as a manager at Whole Foods in his hometown of Santa Clarita, Calif. He is in the process of applying to law school.

He’s not married, doesn’t expect to be anytime soon and puts part of the blame on the burden of student debt.


“I’m sure there are people who say, ‘I don’t want to have a husband or a wife who is $100,000 in debt,’ but I think the real problem is more indirect. There’s almost not enough time to go out and start a family,” he said. “It’s an aspect that people forget. Planning and investing: forming relationships get in the way of that.” “I don’t want to sound materialistic, but there’s a financial aspect,” he said. “In finding someone, there has to be a cash flow in order to take someone out.”

“Everything from saving for a home to saving for retirement is completely off the table,” Abrams said. 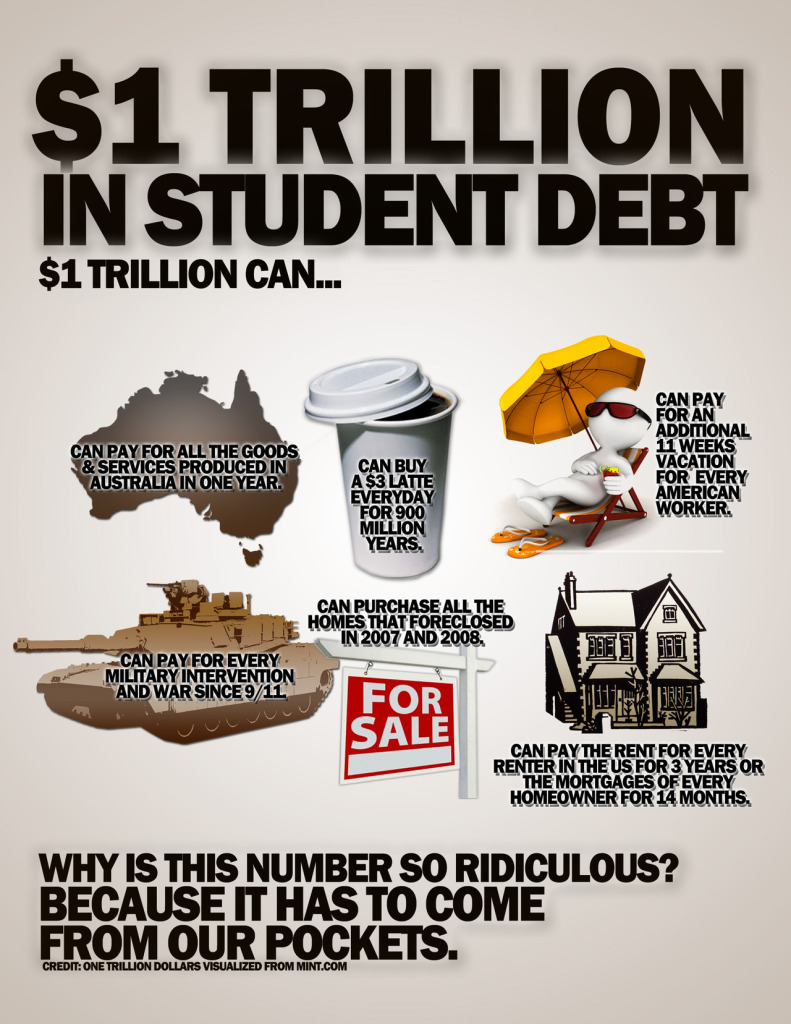 
Previous 11 Things Every Girl Should Know about Guns

Next [VIDEO] Ferguson protest leaders: 'We'll take our anger out on people who failed us'