Details are scant at the moment, but here’s what we know so far based on early reports from the St. Louis Post-Dispatch: An off-duty member of the St. Louis Metropolitan Police shot and killed 18-year-old Vonderrick Myers, Jr., after an encounter of unclear nature.

Police claim the victim was armed and had fired at the officer; witnesses and family members dispute that account.

More from the Post-Dispatch:

Police said the uniformed officer involved was working a secondary job for a private security company when he encountered four pedestrians in the 4100 block of Shaw Boulevard and stopped to talk with them at about 7:30 p.m.

The four fled and the officer chased one, Assistant Chief Alfred Adkins said.

The officer was not injured and a gun was recovered from the scene, police said.

“He was unarmed,” the victim’s cousin told the newspaper. “He had a sandwich in his hand, and they thought it was a gun. It’s like Michael Brown all over again.” 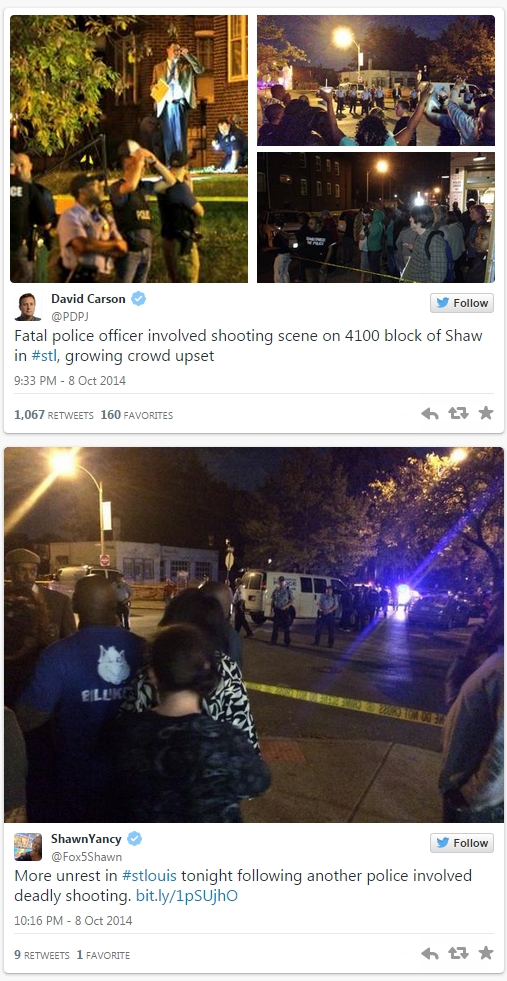 Soon after the shooting, a crowd began to form on the block, pushing officers out of the area, chanting phrases last heard during the Ferguson, Mo., protests over an officer’s killing of 18-year-old Michael Brown: “Whose streets? Our streets” along with “Hands up! Don’t shoot!”

This is a developing story. Check back later for more details.

Next VIDEO: HARRY REID’S BODYGUARD ASSAULTS JASON MATTERA FOR ASKING REID HOW HE GOT SO RICH