The potential spread of Ebola into Central and Southern America is a real possibility, the commander of U.S. Southern Command told an audience at the National Defense University here yesterday.

“By the end of the year, there’s supposed to be 1.4 million people infected with Ebola and 62 percent of them dying, according to the [Centers for Disease Control and Prevention],” Marine Corps Gen. John F. Kelly said. “That’s horrific. And there is no way we can keep Ebola [contained] in West Africa.” 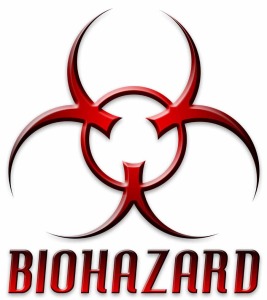 If it comes to the Western Hemisphere, many countries have little ability to deal with an outbreak of the disease, the general said.

“So, much like West Africa, it will rage for a period of time,” Kelly said.

“If it breaks out, it’s literally, ‘Katie bar the door,’ and there will be mass migration into the United States,” Kelly said. “They will run away from Ebola, or if they suspect they are infected, they will try to get to the United States for treatment.”

Also, transnational criminal networks smuggle people and those people can be carrying Ebola, the general said. Kelly spoke of visiting the border of Costa Rica and Nicaragua with U.S. embassy personnel. At that time, a group of men “were waiting in line to pass into Nicaragua and then on their way north,” he recalled.

“The embassy person walked over and asked who they were and they told him they were from Liberia and they had been on the road about a week,” Kelly continued. “They met up with the network in Trinidad and now they were on their way to the United States — illegally, of course.”

Those men, he said, “could have made it to New York City and still be within the incubation period for Ebola.”

Kelly said his command is in close contact with U.S. Africa Command to see what works and what does not as it prepares for a possible outbreak in the area of operations.

Next JIHAD ON THE HOME-FRONT: The 7 Tactics That Muslims Use To Control The Media and Spread Deception Worldwide