Preliminary results of the recent Egyptian elections indicate that the Muslim Brotherhood (MB) of Egypt is likely to dominate the next Egyptian parliament and will create the new Egyptian constitution.

Some see the MB as a moderate Islamic group that can fit with real democracy while others see them as radicals.

Evaluating how such an organization works, its behavior, and its tactics is pivotal to understanding and accordingly dealing with them.

Whilst it is fair to say that at the individual level, several members of this group are likely to be less corrupt than many former government officials during the Mubarak regime, it is also fair to say that many in the MB of Egypt are professionals in using deceptive tactics and that their true agenda will be clear only when they come to power.

Koran {Al-Anfal 8:60}: Against them (enemies of Islam) prepare “Waaedo” your strength to the utmost of your power, including steeds of war, to strike terror into (the hearts of) the enemies, of Allah and your enemies, and others besides, whom ye may not know, but whom Allah doth know. Whatever ye shall spend in the cause of Allah, shall be repaid unto you, and ye shall not be treated unjustly.

Some of the tactics used by the MB of Egypt include:

1. Hiding their true intentions. When President Nasser came to power after the Revolution of 1952, the MB were initially supportive of the military. This was based on a power sharing arrangement.

Later on, the military realized that the MB did not actually want to share power but wanted all the power. This led Naser to turn against them and put their members in prison. In the Jan. 25 Revolution, many believed that the MB had an initial arrangement with the whereby the military would support them to control the new government in exchange for sharing in power and having special privileges.

This initial pro-Islamist attitude of the military was observed in the selection of the committee that modified the Egyptian constitution during the transitional stage. This committee was headed by a person known to be a sympathizer with the MB (Tarwk Al-Bishry) and did not include any women or even a single Coptic Christian (a religious minority that is 10-15 percent of the population).

Later on, when the military asked the MB for some privileges to ensure that it can be protected from future backlash and to have a role in political leadership for the country, the MB refused to accept this and asked its supporters to demonstrate in Tahrir Square against the military (on Friday, Nov. 18).

After the preliminary results of the election showed that the MB will be the majority in the next parliament, leaders of the group started to be more vocal about their demand to appoint the next government.

This means they want to deprive the military from a significant portion of its power as the military currently has the power of the president to appoint the government. These demands of the MB have become clearer only after they felt that they are getting more power in the election. The struggle for power between the MB and the military is likely to cause several troubles to the country in the near future.

The interaction between the MB and the military shows the following stages:

Stage 1 (initially): Showing solidarity with powerful groups based on a promise to share power

Stage 2 (once feeling that they are becoming more powerful): Trying to have all power

Stage 3: People in power turning against them 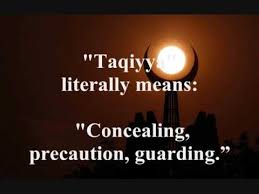 It is unclear yet how the military will respond to the MB this time as — unlike after 1952 revolution — the MB currently has a very strong base of support within the population. Turning against the MB now is much more complicated than it was in the 1950s and 1960s during Nasser era.

Initial indicators include the comment of Gen. Tantawi that the position of the military in Egypt will remain the same in the new constitution in reference to attempts of the MB to limit the power of the military.

2. Deceiving statements. Initially the leaders of the Muslim Brotherhood, after the Jan. 25 revolution, issued statements to welcome more tourism, to show respect to previous treaties (which includes the peace treaty with Israel), and to promote a state where people are treated equally irrespective of their faith or gender “Dawla Madaneia.”

Later on (when they felt more powerful) leaders of the same group did the following:

b. Expressed clear hostility toward the peace treaty with Israel and a desire to end it.

c. Pushed for a massive demonstration to reject the super constitutional principles that aimed at ensuring equality between different Egyptians irrespective of their faith or gender.

3. Opportunism. When Egyptians demonstrated against Mubarak on Jan 25, the MB refused to share in the demonstrations until they started to feel that Mubarak was collapsing. This delay showed the opportunistic style of the group as, later on, they wanted to gain the political fruits of the revolution and claimed to be part of it. 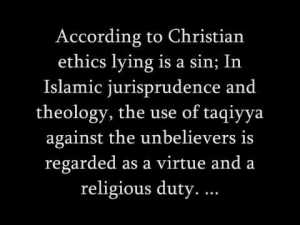 4. Using general principles and avoid being specific. Many members of the MB speak about general principles such “No compulsion in religion” but they never give a clear statement to clarify that a Muslim has the right to convert without being killed (known as the “Redda Law” that is common to all four schools of Sunni Islamic jurisprudence).

In fact, their leaders clearly say on Arabic satellite TV shows that there is full freedom to enter Islam but the situation is very different when it comes to leaving it. In other words, they just want to get acceptance in the eyes of Westerners by confirming that there is “no compulsion on religion” but are not truly ready to apply the true values of freedom of religion.


Previous DEPT OF DEFENSE: 'If Ebola Breaks Out, There Will Be Mass Migration To America'