Moms Demand Action for Gun Sense in America founder Shannon Watts says her group is not anti-gun, yet suggests that Americans must give up one of two things–their guns or their children.

The gun lobby is very vocal about their fear of getting their guns taken away. Moms are afraid of our children being taken away, and that’s the argument that I think, will win at the end of the day.

Watts also said: “If arming more people meant that we would be safer, we would be the safest country in the world.”

Ironically, Breitbart News previously reported a study in the Harvard Journal of Law & Public Policy that the US has a much lower violent crime and murder rate than many European nations where gun control is strict: where they have the very kinds of gun laws Moms Demand would like to see heaved upon Americans. 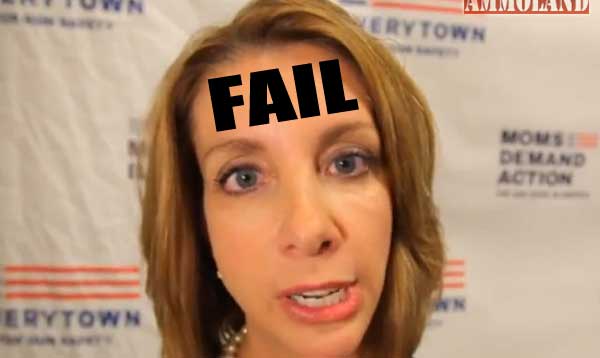 The study examined numbers from Continental Europe and found that the US murder rate of 7.8 percent was far behind Russia’s murder rate of 30.6–and it should be noted that handguns are banned in Russia.


And a Congressional study reported by Breitbart News in December 2013 also showed that “firearm-related murder and non-negligent homicide” fell nearly 50 percent from 1994 to 2009, as the number of privately owned firearms grew from 192 million to 310 million.

In other words, the US is safer.

If you have questions or comments, email him at [email protected] You can find him on facebook at www.facebook.com/awr.hawkins.
Source: AmmoLand
Under Creative Commons License: Attribution