Thousands of children, some as young as 10, are facing the horror of seeing nude pictures of themselves posted on the net.

Message boards on a notorious website called 4Chan have been inundated with details of the “The Snappening”. 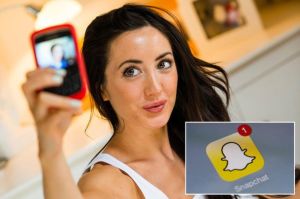 Hackers claim they have managed to break in to another image-saving service that allows users of Snapchat to store pictures received before they vanish.

As proof, they have reportedly posted pictures allegedly taken from this third party app but have since deleted them.

Half of Snapchat users are aged between 13 and 17, and there are grave fears that tens of thousands of leaked images will be of under-age UK children who have been persuaded or bullied into sending naked shots of themselves.

Because Snapchat only produces temporary images on the receiver’s phone, the service has been used by teenagers to flash indecent images to fellow account holders, never suspecting the shots would be captured.

Hackers have bragged that 200,000 pictures, will be released in days.

Worryingly the images are to be released in a searchable database making it easier for pictures to be found and identified.

Children as young as 10 are sending and receiving sexual pictures through Snapchat, said researchers. The NSPCC found as many as 40% of young children have been swapping sexual images.

Next VIDEO: SENATOR PAT ROBERTS FEELS CERTAIN THAT THE WHITE HOUSE IS BEHIND THE IRS TARGETING SCANDAL