A Muslim civil rights group is asking the Department of Justice to investigate an Arkansas shooting range whose owner recently declared it a “Muslim-free zone.”

In a letter to U.S. Attorney General Eric Holder, Jenifer Wicks, a lawyer for the Council on American-Islamic Relations (CAIR), writes that the declaration is “a violation of federal laws prohibiting racial and religious discrimination” and “will inevitably result in a hostile environment for ordinary Muslims in Arkansas.” 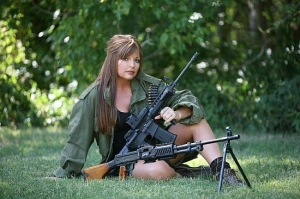 “This is not a coffee and donut shop,” Jan Morgan, owner of the Gun Cave Indoor Shooting Range in Hot Springs, Ark., wrote in an online post last month. “This is a live fire indoor shooting range … Why would I want to rent or sell a gun and hand ammunition to someone who aligns himself with a religion that commands him to kill me?”